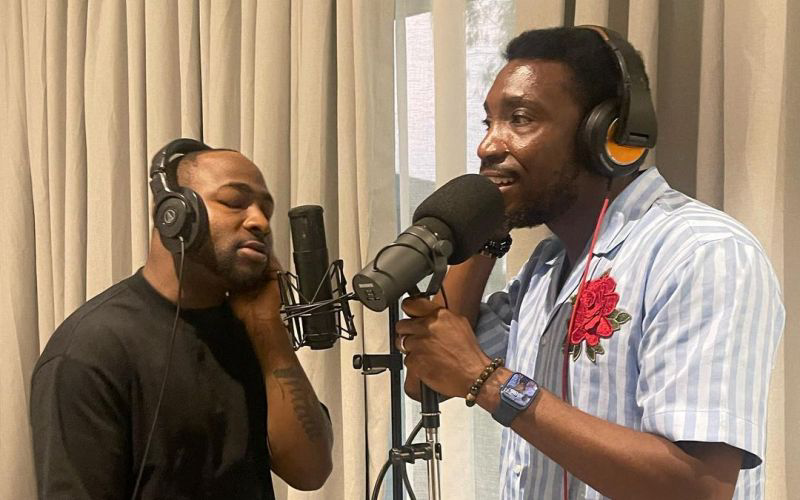 Nigerian singer, songwriter, and music producer, Timi Dakolo has revealed that he is currently working on a music collaboration with ace Afrobeats star, David Adeleke, popularly known as  Davido.

Dakolo made this known through the microblogging platform, Twitter, where he shared photos and videos with the ‘Omo Baba Olowo’ crooner and DMW boss during rehearsal sessions.

Although there has been no confirmed date as to when the song would be released and if Timi Dakolo owns the song or will just be featured in Davido’s work.

The announcement has sent the online community into a frenzy, with most netizens excited to know they will be having these two gifted music acts on a song.

Fans took to the comment section to express their excitement as they eagerly anticipated the incoming song, which some belief will be a hit given that they are of two different genres.

Timi Dakolo emerged the winner of the inaugural season of Idols West Africa in 2007. Accompanying his victory was a recording contract with Sony BMG, in addition to other prizes, he has gone from strength to strength since then.