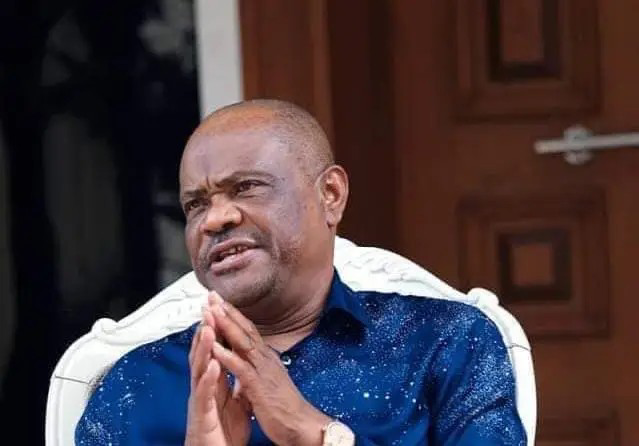 Rivers State Governor and one of the leading presidential aspirants of the Peoples Democratic Party, PDP, has said that members of the party who sabotaged it in 2015 by forming the New PDP which led to the party’s defeat at the general election should not be rewarded with the party’s presidential ticket in 2023.

Wike who made the declaration while addressing Abia PDP delegates and stakeholders at the Banquet hall Umuahia, said PDP should look at the antecedents of all those jostling for its presidential flag, and rejected all those who had worked against the party in the past.

Wike urged the delegates to weigh the integrity and character of all aspirants to know those who are fair weather members.

” I have been in PDP since 1998. When the party wanted to die I helped in sustaining the party. If there were no PDP which platform will all these people now be struggling for its ticket?

” What we need is somebody with capacity; somebody who can withstand APC. Forget about my face or my voice. I’m the only one who can win APC.

” I have done it before in Rivers. When they came with their Go6 and amoured tank, I told them to go and bring US Marine. We still won them

Earlier in a remark, former Governor of Gombe State, Hassan Dankwambo, said the situation of Nigeria today requires somebody very prepared to navigate the country out of the woods.