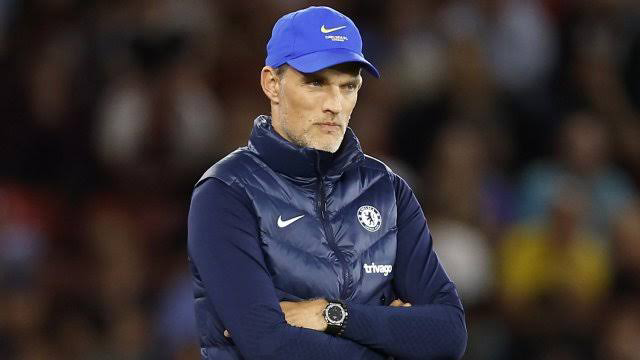 The London club said in a statement they had “parted company” with the German, who led them to Champions League glory in 2021 and the Club World Cup crown earlier this year.

“On behalf of everyone at Chelsea FC, the club would like to place on record its gratitude to Thomas and his staff for all their efforts during their time with the club,” the Premier League club said in a statement.

“Thomas will rightly have a place in Chelsea’s history after winning the Champions League, the Super Cup and Club World Cup in his time here.”

The Stamford Bridge club, under new owners Todd Boehly and Behdad Eghbali, defended the timing of the decision.

“As the new ownership group reaches 100 days since taking over the club, and as it continues its hard work to take the club forward, the new owners believe it is the right time to make this transition,” the statement said.

Chelsea are sixth in the Premier League table after three wins, one draw and two defeats in their opening six matches.

Chelsea’s coaching staff will take charge of the team as the club “moves swiftly to appoint a new head coach”.

Boehly’s consortium paid a world-record fee of £4.25 billion ($4.9 billion) for a sports franchise to buy Chelsea from Russian billionaire Roman Abramovich in May.

The ambitious US magnates are in the process of overhauling the club and have acted quickly to unseat Tuchel.

The German’s time at Stamford Bridge got off to a dream start as he picked up an expensively assembled but under-performing squad under Frank Lampard and turned them into European champions within months.

Tuchel revealed he was offered a two-year contract extension on the pitch by Abramovich after beating Manchester City 1-0 in Porto to win the club’s second Champions League title.

But things quickly unravelled for Chelsea on and off the pitch last season.

Abramovich was hit with UK sanctions after the government described him as part of Russian President Vladimir Putin’s inner circle.

Tuchel kept the Blues afloat in trying circumstances as Chelsea reached the League and FA Cup finals, losing both on penalties to Liverpool, won the Club World Cup and finished third in the Premier League.

But Boehly has followed Abramovich’s playbook in acting quickly to fire managers after a string of disappointing results.

Tuchel is the second Premier League manager to be fired this season after Bournemouth sacked Scott Parker last week.