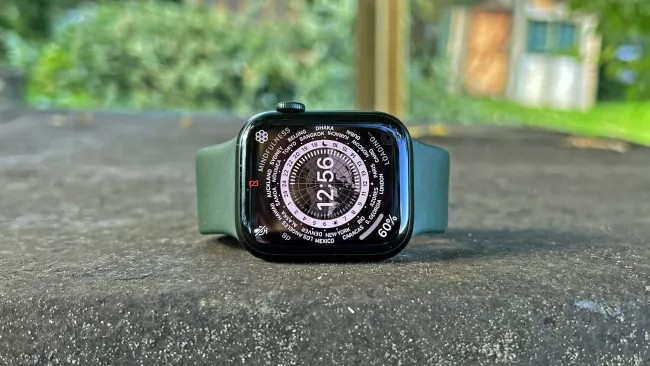 Water is a major hazard for high-end portable tech like smartphones and smartwatches, but water resistance has lessened the threat, and future iPhones and Apple Watches could be even better protected.

That’s because Apple has patented(opens in new tab) a ‘stand-alone water detector,’ which uses a membrane to detect if water has entered a device. Currently, Apple uses gel-filled sensors to help detect and defend against water ingress, but this new system would apparently be more accurate, and less prone to errors caused by pressure.

This system could also be smarter, with Apple claiming that it would allow for “more contextual awareness” of the current state of the phone or wearable, allowing it to “behave in an intelligent manner,” such as by alerting the user to the presence of water, shutting down, or running a water-ejection tone.

This stand-alone water detector could be implemented into any number of devices, with smartwatches and smartphones specifically mentioned. So it’s possible that a future Apple Watch or iPhone could be more accurately able to detect the threat of water, and also be better equipped to smartly handle that threat.

There’s also a chance this system could lead to an improved water resistance rating, as while no such thing is mentioned, the talk of it being able to work better than current systems under significant water pressure suggests it might be intended for use deeper underwater.

The IP68 rating offered by iPhones isn’t suited for deep water activities, so perhaps this could mean future models will get enhanced water resistance, though the likes of the Apple Watch 7 are rated to depths of 50 meters, so water pressure might already be an issue for them.

In any case, this is just a patent, and Apple files many more patents than it ever uses in commercial products, so don’t count on seeing this system, but there’s always a chance it could be applied to a future iPhone or Apple Watch.

Apple already takes water resistance quite seriously, with the iPhone 13 for example being rated for use at depths of up to 6 meters, compared to the Samsung Galaxy S22 which is only water-resistant to depths of 1.5 meters.

So Apple is ahead of the game and has been for a long time. It’s believable, then, that the company might push that ever further, whether through this system or another.

There’s also talk of a rugged Apple Watch in the works, which could be a prime candidate for an improved water detection system, but it’s too early to say whether this system will actually be used with that

PREVIOUS POST Joe and Jill Biden to host granddaughter’s wedding reception at White House, the first since 2008
NEXT POST US, UK, Australia team up on hypersonic weapons with eye on Russia and China