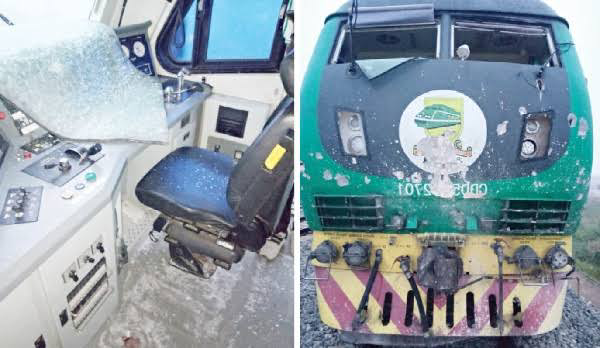 Armed bandits have attacked another passenger train along the Abuja-Kaduna track.

The incident occurred near Gidan train station as the train was returning to Abuja from Kaduna.

Sources say the terrorists may have planted Improvised explosive devices (IEDs) on the tracks, causing the train to stop on its way to Abuja.

This is the second attack in less than 24 hours, after a train carrying 950 persons was attacked on Monday, March 28.

The Monday incident happened around 7: 45 pm at Dutse village in Chikun Local Government Area, just a few kilometres from the Rigasa train station, which is the last transit point of the train.

Although both the police and the Kaduna state government are yet to confirm the number of casualties in the attack.

The bandits were said to have opened fire, shooting sporadically on the train, and later gained access to the train.

According to sources, mobile policemen attached to the train engaged the bandits in a gun duel but were tactical in their shooting so as not to exhaust their ammunitions considering how prepared the bandits were.

However, many especially those in the first and second coaches were said to have been taken away by the bandits including a pregnant woman and her baby, while about six persons were reportedly killed.

But an eyewitness who was also a passenger on the train told Channels Television that some people died while an unspecified number of passengers were taken away by the bandits.

Giving an account of the incident, the source said that the bandits planted Improvised Explosive devices along the rail track, and when the passenger train from Abuja to Kaduna got to that point, the bomb exploded twice, thereby causing the train to derail.

After calm was restored by the soldiers, the passengers walked about 45 kilometres under security cover to the Abuja-Kaduna highway, and from there, they were conveyed in buses to the 44 Nigerian Army Reference hospital in the Kaduna state capital, where those who sustained injury were immediately treated.