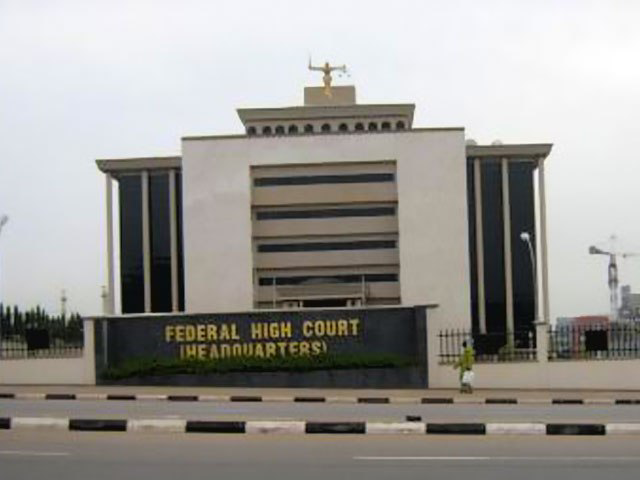 The federal high court of Nigeria says there will be no more media coverage for cases bordering on terrorism.

This was contained in the FHC’s new practice directions issued on Thursday by Catherine Christopher, the court’s chief information officer.

According to the new guidelines, terrorism proceedings will be conducted in secret, except when the chief judge of the court grants permission for media coverage.

The document also stated that terrorism proceedings will hold “at any place to be designated by the chief judge and in the case of the Abuja judicial division, the venue, for the time being, shall be the premises of the Code of Conduct Tribunal”.

“The chief judge of the court, Justice John Terhemba Tsoho, in exercise of his constitutional powers as enshrined in Section 254 of the Constitution of the Federal Republic of Nigeria 1999 (as amended) and all other powers enabling him, hereby made the following practice directions,” the document reads.

“These practice directions seek to provide measures that will ensure the security and safety of parties, personnel of law enforcement agencies and the judiciary as well as members of the general public while ensuring expeditious and fair trial of persons suspected of having committed acts of terrorism.

“Proceedings of offences of terrorism, subject to the provisions of Section 232 of the Administration of Criminal Justice Act, 2015 and section 34 of the Terrorism (Prevention) Act, 2011 (as amended), shall be held in camera or as may be ordered by the court.

“The coverage of proceedings under these practice directions is strictly prohibited, save as may be directed by the court.

“A person who contravenes an order or direction made under these practice directions shall be deemed to have committed an offence contrary to Section 34(5) of the Terrorism (Prevention) Act, 2011 (as amended).

“The perimeters of the court sitting over a terrorism trial shall be secured for the period of the trial for safety of litigants and court officials.

“Distance and size of perimeters to be secured for the trial shall be determined based on the recommendation of security agencies on a case-by-case basis.

“No person shall be allowed within the secured perimeters save the approved court officials, parties and a number of pre-registered legal practitioners on either side, witnesses and any other person as may be directed by the judge or the most senior judge in the given circumstances.”