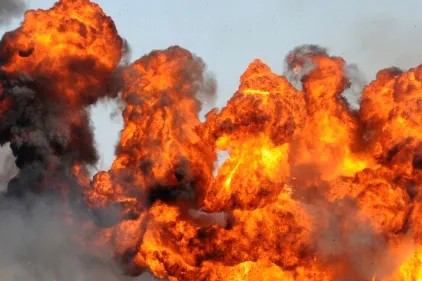 Multiple sources said that the incident may have resulted from loading activities Friday night at the tank farm.

Residents living in Ifiekporo, Ugbuwangue and parts of Edjeba communities said the explosion that resulted from the incident caused a very serious quake-like sound that shook the foundation of their buildings.

The sound of the siren of fire service vehicles could be heard making their way to the scene.

There are over two tank farms operated by different major petrol marketers in the area.

Meantime, Chairman of the local government area, Dr Michael Tidi in a statement  called for calm in the community and other adjourning areas, saying the situation had been brought under control.

It could not be confirmed at press time if there was any death or casualty from the explosions.