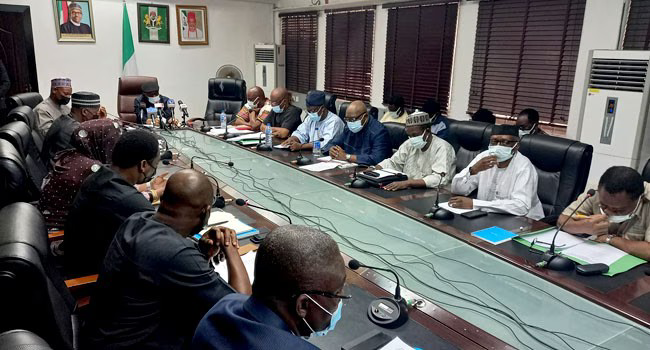 The Federal Government will resume talks with the Academic Staff Union of Universities (ASUU) by next week as part of moves to end the lingering strike by the lecturers.

Labour and Employment Minister, Chris Ngige, said this on Friday in his opening remark at a meeting with the striking National Association of Academic Technologists (NAAT).

“As a conciliator, I manage you people in measured steps. That is why I want to take all of you holistically and I ask for your cooperation. When I finish with you today, I will continue with ASUU next week,” a statement by the acting spokesman of the Federal Ministry of Labour and Employment, Patience Onuobia, quoted Ngige as saying.

“I have done NASU and SSANU yesterday and they were happy. I want you people to be happy as we leave here.”

He said that strikes in the education sector could have been averted if the unions embraced his open-door policy.

“If you are from any union, you don’t need to book an appointment to see me. The doctors started using that advantage, and JOHESU also did the same. That is why the health sector is quiet. But the education unions don’t take advantage of my open-door policy,” the former Anambra State governor said.

“My job is to prepare an agreement after conciliation on what you have agreed with your employers, the Federal Ministry of Education, put timelines and monitor them, to see whether the results will be there.”

The minister believes the strikes in the sector were mainly due to economic reasons and he says with dialogue, the solution would be reached.

The move is the government’s latest effort to end the strike which was embarked on by ASUU on February 14, 2022.

Following the industrial action, students recently protested in Benin City, calling for the reopening of schools.

Several high-profile personalities including the First Lady of Lagos State, Ibironke Sanwo-Olu, have also waded into the matter. She is concerned that with students at home for over two months, they risk taking up crimes.