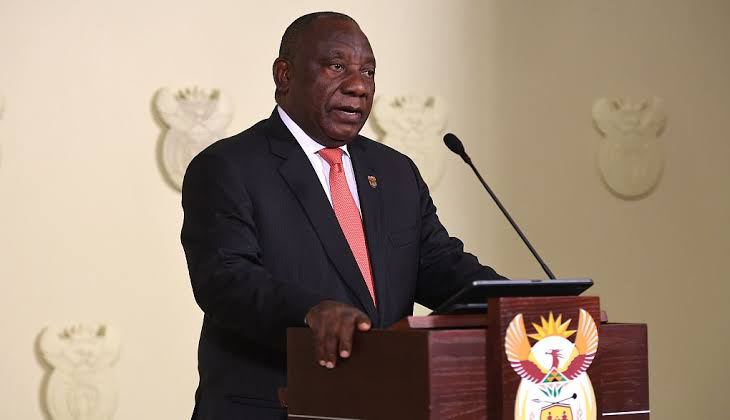 South African president, Cyril Ramaphosa says while his government can remain neutral regarding the current conflict between Russia and Ukraine, he believes NATO’s military moves in Europe ultimately led to the current crisis.

Speaking in parliament on Thursday, Ramaphosa said the Russian military operation in Ukraine, now entering its 4th week, could have been avoided if NATO hadn’t expanded eastward.

“The war could have been avoided if NATO had heeded warnings from amongst its own leaders and officials over the years that its eastward expansion would lead to greater, not less, instability in the region,” Ramaphosa said.

Ramaphosa has repeatedly said that South Africa would not take sides in the Ukraine crisis and would rather prefer to serve as a mediator.

But the issue has divided opposition parties in parliament who are now pressing the government to adopt a sterner stance on the issue. South Africa enjoys cordial bilateral relations with both Russia and the West.

“There are those who are insisting that we should take a very adversarial stance against Russia. The approach we are going to take (instead) is … insisting there should be dialogue,” he said, adding: “Screaming and shouting is not going to bring an end to this conflict.”

Ramaphosa said that he has spoken to President Putin about how this conflict can be mediated and brought to an end.

“We’ve been picking up some positive news and when I spoke to President Putin, I got a sense that we are looking at an agreement possibly in the making soon because he too would like to bring this conflict to an end, and I think the president of Ukraine would also like to do that, and I’m hoping to speak to him as well,” he said.

President Ramaphosa emphasised that it is vital that the international community work with the governments of Russia and Ukraine to end hostilities now and achieve a meaningful and lasting peace.

“Nobody benefits from war, and that war must come to an end soon,” he said.