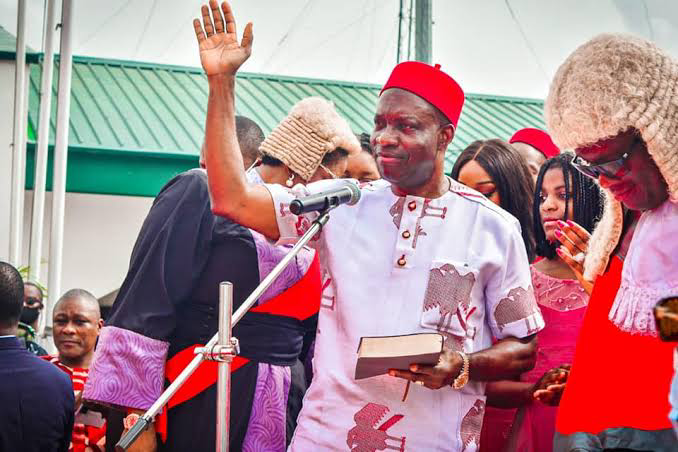 Prof. Chukwuma Soludo and Dr. Onyekachukwu Ibezim have been sworn in as Governor and Deputy Governor of Anambra, South East Nigeria.

Soludo was sworn in at Anyachebelu, the state’s chief judge.Both took the oath of office and loyalty at the Anambra Government House in a ceremony witnessed by the people.

In his speech, Soludo said that the new Anambra under his leadership would be a state of law and order.

He thanked outgoing Governor Chief Willie Obiano and the All Progressives Grand Alliance (APGA) leadership for their immense support.

He thanked the people of Anambra for interviewing him and employing him to serve as their governor.

Soludo announced the suspension of all revenue collections in the state for one month and banned all cash payments to the Anambra government in Motor Parks, highways or