Sit-At-Home: Soludo orders Anambra workers to report to work on Mondays or be sanctioned 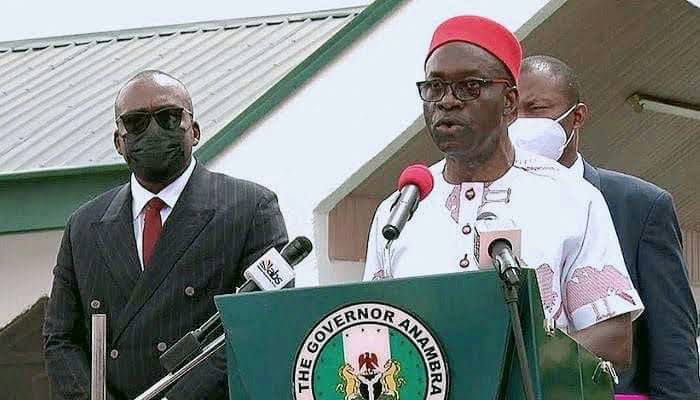 Anambra State governor, Prof. Chukwuma Soludo, has ordered public servants in the state to report to work on Mondays.

Offices, including those of government and schools, have remained shut since the trial of the leader of the Indigenous People of Biafra, IPOB, Mazi Nnamdi Kanu, began last year and those who tried to disobey were often threatened by enforcers of the sit at home.

Although IPOB leadership had since rescinded the order, some youths have been molesting people who opened their shops for business, with warning that people of the South East must continue to sit at home on Mondays until Kanu is released from detention.

In a memo circulated on Friday, Anambra Head of Service, Mrs. Theodora Igwegbe directed that workers should ensure that they are at their duty posts, warning that absence from work on Mondays would attract sanctions.

The circular reads: “Following the need to reposition the service for better performance and productivity, His Excellency, the governor of Anambra State, Prof. Chukwuma Soludo has directed that henceforth, all public servants should report at their places of work every Monday as every other weekday.

“Consequently, absence from work on Mondays, or any other workday without any approval, will be viewed as serious misconduct, which will attract appropriate sanctions. This directive takes immediate effect”.

Recall that Soludo had in the course of his governorship campaign last year lamented the continued sit at home on Mondays in the South East, arguing that the zone was losing an estimated N19.6billion every Monday, while people who were coming to transact business in the zone were being forced to go to other parts of the country.

Also speaking during his inauguration as governor, Soludo warned that there must be law and order in the state, even as he extended olive branch to all separatist groups that he would engage them in a conversation to ensure that peace and normalcy returned in the state.