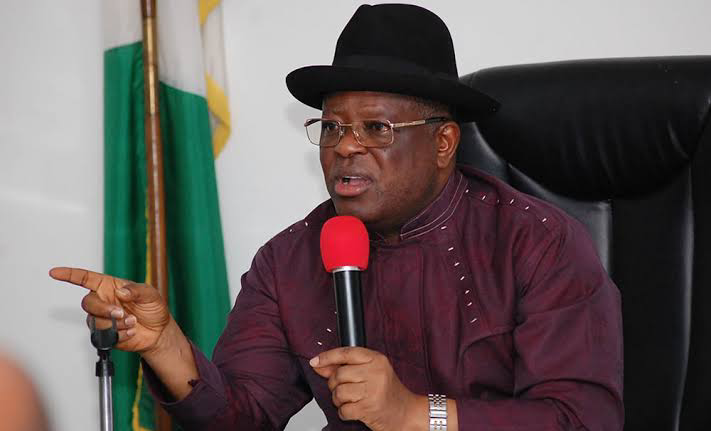 The Ebonyi State Government has directed all security agencies in the state, including Ebubeagu Security Network, to kill any miscreant found with a gun or dangerous weapon in the state.

The Commissioner for Information in Ebonyi State, Uchenna Orji, disclosed this in a statement on Monday.

The decision of the state government was in response to reported security tension in Abakiliki, the state capital, on Monday, following sporadic gunshots in the area.

Gunmen were said to have invaded the area and disrupted commercial activities, forcing residents to scamper for safety.

The attackers were said to be enforcing a- five-day controversial sit-at-home declared by a faction of the outlawed Indigenous People of Biafra (IPOB).

An unspecified number of residents were reportedly killed by the gunmen during the attack in the state.

But Mr Orji refuted the report, stressing that there was no killing of any resident in any part of the state and that the purported sit-at-home did not happen in the state.

The commissioner said those peddling “the rumour” of sit-at-home enforcement were “enemies of the state fanned by opposition forces” with the intent to scare residents of the state.

Mr Orji said Governor Dave Umahi of Ebonyi State has also directed security agencies in the state as well as members of the Ebubeagu Security Network to constantly patrol the capital city and various council areas in the state.

“The state reiterates its unflinching commitment to the security of lives and properties of the inhabitants of the state and therefore directed all security agencies and Ebubeagu Security Outfit to neutralise any miscreant found with a gun and or dangerous weapon in the state,” he stated.

The information commissioner asked residents of the state to disregard the rumoured sit-at-home and go about their normal businesses without fear.