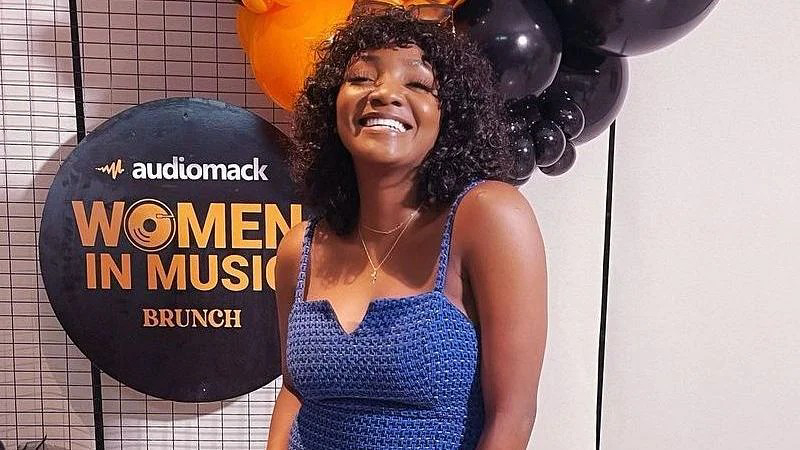 Nigerian sensational singer, Simi Ogunleye has broken a record by becoming the first female artiste to get 100 million plays on audiomack.

She showed her appreciation to audiomack for the opportunity given to her to air her song to the world.

She also showed her appreciation to God for the growth and to her fans for their support.

Simi added that she had an incredible time with amazing women at the Audiomack Women Music Brunch.

“@audiomackafrica thank you so much for the honour. First female to get 100 million plays on audiomack. I like it very much. Thank God for growth and thank God for my amazing fans for always supporting me.

I had an incredible time with my amazing women at the Audiomack Women In Music Brunch yesterday”.

Simi replied a music critic who claimed there’s a dip in her music career after the popular hit single ‘Duduke’.

The Twitter user was unimpressed that the singer has been unable to drop a hit song after her famous “Duduke” song.

In the post shared on Twitter, the man with the handle Uby said Simi is undoubtedly his favourite female artist, but people can’t ignore the dip in her craft after ‘Duduke’.

Simi responded to the Twitter user, saying she could make a thousand Dudukes but understands that change is hard to receive.

Simi further expressed appreciation to the man for his support, urging him to give her every support without bias. See the conversation below: