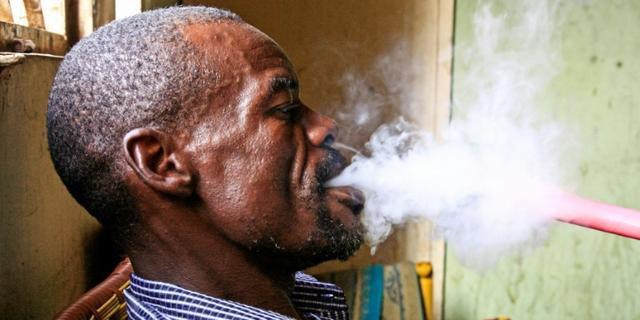 Dental experts have warned that many shisha products, a kind of tobacco sold in the country, were from unregulated sources and may contain elevated levels of cancer-causing agents.

The experts said this in a statement on Saturday in Lagos in commemoration of the World Oral Health Day .

The News Agency of Nigeria (NAN) reports that the World Oral Health Day is celebrated annually on March 20, with this year’s theme being, “Be Proud of Your Mouth”.

Shisha is a form of tobacco smoking that has become fashionable in the society, with many who do not smoke cigarettes embracing it.

It is considered a better alternative to cigarettes. It is also called goza, hookah or water pipe.

The experts said that smoking of shisha was becoming common in the society, noting that use of tobacco whether in smoked or smokeless forms was the major known risk factor of mouth cancer.

According to them, tobacco products contain chemicals like tar that irritate the lining of the mouth when they burn and cause changes in the DNA of cells lining the mouth leading to oral cancer.

“In fact, 60 per cent of oral cancers are caused by a combination of cigarette smoking and alcohol consumption,” they said.

They said that Human papillomavirus (HPV) infection, poor oral health and gum disease could also cause oral cancer, noting that paint or industrial chemicals could increase the chance of having mouth cancer.

The experts noted that mouth cancer could occur in any part of the mouth, adding that it was the eleventh most common cancer worldwide that occurs in the head and neck region.

“This is a very conservative figure based on the lack of accurate data.

“They occur more in men than in women and although it can occur at any age, they are most common after the age of 40 with a peak age of 60,” they said.

They noted that survival rate of oral cancer was low with less than 50 per cent of patients being alive after five years, stating that early detection increased the chances of survival to 80 per cent.

The experts attributed poor survival rate to late presentation of patients to the hospital, noting that many patients did not pay attention to the early signs and symptoms of oral cancer.

According to them, the symptoms of the disease include unhealed mouth sore, lump in the mouth, unusual bleeding, and white or red patches on the gums, tongue or mouth.

Others are changes in speech or difficulty pronouncing words, loose teeth, difficulty or pain chewing or swallowing, mass or lump in the neck, chronic sore throat, hoarseness and pain in the mouth or ears.

They, however, said experiencing these symptoms did not necessarily mean one has cancer, but that those symptoms could be due to other reasons.

The experts also appealed to the Federal Government to enforce the prohibition of sale or access to tobacco products for persons below 18 years, on the one hand, and also regulations in the use of industrial chemicals.

They, however, noted that safety protocols for workers in industrial complexes should be enforced.

The experts added that healthcare workers at all levels should be trained to recognise the early symptoms of oral cancer and promptly refer such patients appropriately for specialist care.