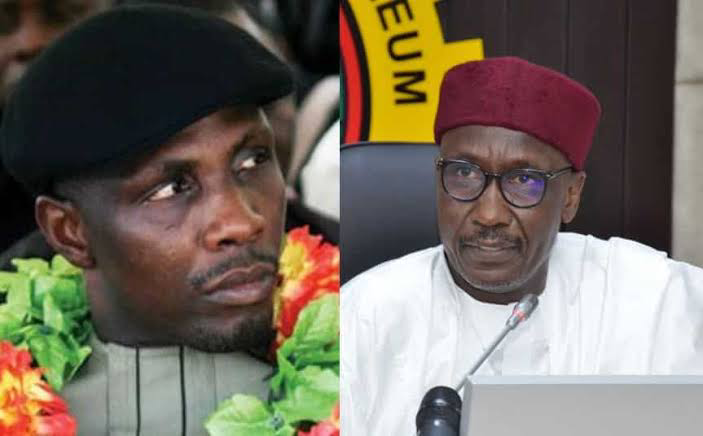 The Senate through its Committee on Ethics, Privileges and Public Petitions on Friday summoned the Group Chief Executive Officer of the Nigerian National Petroleum Company Limited, Mele Kyari, over the N48bn pipeline surveillance contract awarded to stakeholders in the Niger Delta region.

The pipeline surveillance contract was awarded by the Federal Government to Global West Vessel Specialist Limited, a private maritime security firm founded by Government Ekpemupolo, also known as Tompolo, an erstwhile Commander of the Movement for the Emancipation of the Niger Delta.

The Tompolo-owned firm was expected to protect all oil pipelines criss-crossing nearly all the states in the Niger Delta in collaboration with other major stakeholders in the oil bearing communities in the region.

Specifically, Tompolo is expected to carry out the N4bn monthly contract that covers Delta, Ondo, Imo, Rivers and some parts of Bayelsa State in collaboration with major tribes along the communities that host the oil pipelines.

However, the Isoko Community have petitioned the Senate alleging that their young men were not carried along in the multi-billion naira project.

The Isoko people under the auspices of Interested Isoko Youth Groups, through a petition sent to the Senate on their behalf by Stanley Okonmah, said they were completely marginalised in the contract award.

The lsoko Ethnic Nationality requested the Senate to probe the award of the contract and prevail on the NNPCL management to award a fresh contract to a company owned by an Isoko person.

Specifically, the people urged the Senate to look into the matter and urged the Minister of Petroleum Resources and the Group Chief Executive Officer of NNPCL to correct the anomalies.

They wanted the NNPCL to award the pipeline surveillance contract to a company to be chosen by stakeholders of Isoko nation.

The Chairman of the Senate panel, Senator Ayo Akinyelure, said the GCEO of the NNPCL was therefore summoned to the Senate in order to come and assure the Isoko people that the agency would do the needful to avoid economic sabotage by the aggrieved youths of the area.

He said, “The GCEO of the NNPCL is hereby summoned by the Senate Committee on Ethics Privileges and Public Petitions on January 25. We want him to come and assure Nigerians that he would do the needful to calm down the youths so that they will not engage in pipeline vandalism.”

Earlier, the leadership of the Isoko youths told the panel that since oil was discovered in their land that since pipelines were installed there in 1958, till date, no case of vandalism had been recorded in the area.

They said, “One of our communities produces 53,000 barrels of crude oil per day. We also have other areas produces 15,000 barrels each every day.

“Fifty three years after crude oil was discovered in our land, we cannot point to any meaningful development or any Federal Government presence in the oil bearing communities in our area

“It is very sad that a multi billion naira pipeline surveillance projects were awarded to stakeholders in the Niger Delta region and all the ethnic groups in the region were represented and accorded due recognition.

“We are, however, saddened by the fact that the Isoko nation was sadlined in the project while the Ijaw, the Itsekiri, the Calabari nation among others were being carried along.

“The contract for the Isoko nation was given to a firm owned by an Urhobo man not an Isoko person. Meanwhile, the Urhobo nation has their own contract awarded to them.

“Why should the project meant for the Isoko people be given to a firm owned by another ethnic group to execute?

“It is sad that we have to travel to Abuja to come and beg for a contract which was freely given to other ethnic groups when the Isoko nation alone is producing over 400,000 barrels of crude oil per day.

“Since crude oil exploration started in Nigeria till date, even at the peak of agitations and restiveness in the country, we have never involved in pipeline vandalism. ”

Ruling on the matter, Akinyelure appealed to the NNPCL boss to make himself available before his panel on Wednesday, January 25 to avoid any form of hostility in the Niger Delta region.

He said, “We are calling on the NNPCL Chief Executive Officer, Mele Kyari, to come here on January 25 so that he would tell Nigerians that the youths also deserved to be part of the pipelines surveillance projects.”