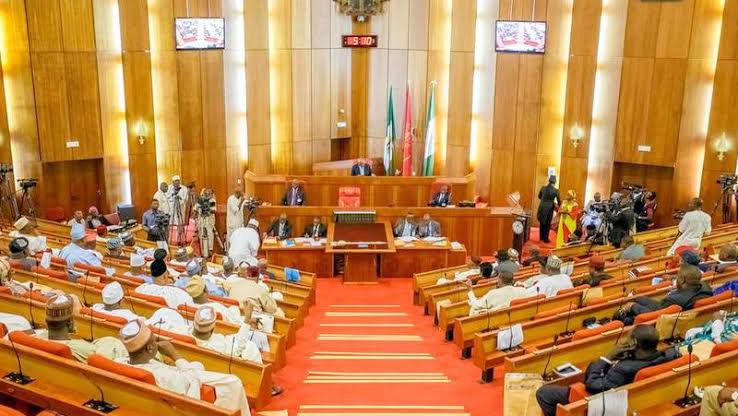 The Senate has proposed the establishment of 376 new agencies and institutions despite moves by the Federal Government to restructure the public service in line with the Steve Oronsaye Committee Report on Restructuring and Rationalisation of Federal Government Parastatals, Agencies and Commission.

The report recommended the scrapping or merging of some ministries, departments and agencies in order to reduce the cost of governance.

A white paper committee set up by the Federal Government to review the parastatals, agencies and commissions created since 2014  submitted a draft report in August.

The Federal Government also in November last year, inaugurated sub-committees headed by former heads of service of the federation, Bukar Aji, Ama Pepple and Oladapo Afolabi , on the implementation of the Oronsaye Report, while the Ebele Okeke Committee was to draft a White Paper on the Ama Pepple Committee Report and harmonise the other committee reports.

The Secretary to the Government of the Federation, Boss Mustapha,   had said that the Federal Government would soon conclude the process of restructuring the public service.

But findings by our correspondent indicate that the 9th Senate has passed a total of 1,070 bills, including 376 establishment bills for the creation of various institutions and agencies in spite of the economic challenges facing the country.

Some of these establishment bills have been passed while others have progressively moved to committee levels in defiance of the recommendations of the Oronsaye report.

The establishment bills include: the Federal University of Education Kontagora (Est. etc.) Bill, 2019 which was sponsored by Senator Sabi  Abdullahi. The bill was read for the third time in December, 2019.

Also, the Federal College of Education Illo Establishment Bill, 2019, sponsored by Senator Abdullahi Yahaya was first read in January, 2019 and passed for third reading in December, 2019, while the Federal Polytechnic Kabo (Est. etc.) Bill, 2019 sponsored by  Senator  Jibril Barau  was first read in March, 2019 and passed for third reading in November, 2022.

Similarly, the bill to establish the City University of technology Auchi , Delta State was also passed for the first time in 2019, sponsored by Senator Francis  Alimikhena was first read in October, 2019 and passed for the third time in April, 2022.

The bills also include the Federal University, Wukari (Est. etc) Bill, 2019, sponsored by Senator Emmanuel Bwacha. It was first mentioned at the Senate in October, 2019 and passed for third reading in January, 2022.

The bill to establish the Federal University Gusau sponsored by Senator  YaU Sahabi was first read in October 2019 and passed for the third reading in November, 2019.

A former Ogun State governor, Senator Ibikunle Amosun sponsored the creation of the Federal University of Medicine and Medical Sciences, Abeokuta. The bill was first moved in  2019 and subsequently passed in  February, 2022.

The Deputy Senate President, Ovie Omo-Agege equally sponsored the bill to establish the Federal Polytechnic Orogun, Delta State in 2019. The bill was reported out of committee in June, 2021

A former Majority leader, Senator Yahaya Abdullahi, also presented a bill on Federal Medical Centre Igboho Oyo State in 2021 which was sent for concurrence to the House of Representatives in November, 2021 and passed in February, 2022.

The Bill for the establishment of the Federal College of Education Giwa Kaduna State, sponsored by Senator Uba Sani, scaled the third reading  in July, 2020 after scaling the first reading on the floor of the Senate in October, 2019.

The PUNCH reports that most of the institutions were situated in the states and constituencies of their sponsors.

These include the proposed establishment of the Nigerian Research Institute of Fisheries and Aquaculture, Bakassi (Est) Bill, 2020 by Senator Gershom Bassey; the Federal College of Education, Mutum Biyu, Taraba State sponsored by the senator representing, Taraba Central, Yusuf  Yusuf.

Senator  Obinna Ogba sponsored a bill on the establishment of a National Sports Commission  and the Federal University of Sports, Nkalagu, Ebonyi State.

Efforts to get the comment of the Senate spokesperson, Senator Basiru Ajibola, on Tuesday, failed as his line was unreachable. He had yet to respond to a text message sent to his phone as of the time of filing this report.

PREVIOUS POST Flood Response: US commits additional $5 million to Nigeria
NEXT POST UAE to boost job opportunities for its own citizens