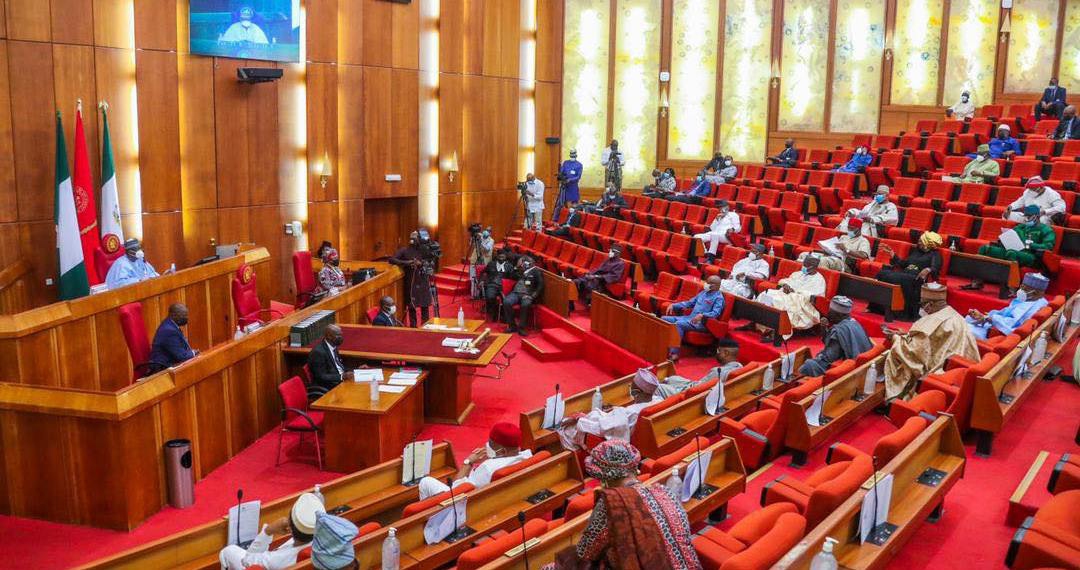 The Senate has amended the Electoral Act 2022 to allow statutory delegates to participate and vote in party conventions, congresses and meetings.

In an accelerated passage, the lawmakers amended Section 84(8) of the law – which initially allowed only elected delegates of a party to participate in the conventions or other meetings.

The legislation, sponsored by the Deputy Senate President, Ovie Omo-Agege, scaled first, second and third readings at plenary on Tuesday.

Leading the debate, Mr Omo-Agege noted that the initial section of the bill was an error on the part of the legislature.

Section 84(8) of the Electoral Act does not provide for the participation of what is generally known as statutory delegates in the conventions, congresses or meetings of political parties, he explained.

“Section 84(8) provides for the participation of elected delegates in the conventions, congresses or meetings of political parties held to nominate candidates.

“This was an unintended error and it can only be corrected with this amendment.”

Corroborating his debate, Uche Ekwunife and Sabi Abdullahi said the “error happened inadvertently” and was not the intention of the National Assembly.

The bill was thereafter passed in the committee of the Whole.

After the passage, the Senate President, Ahmad Lawan, said the Electoral Act “has a deficiency that was never intended and the deficiency will deny all statutory delegates in all political parties from participating in congresses and conventions.”

He described the bill as emergency legislation and hoped that the National Assembly will finish the processing of the amendment by Wednesday and have the executive assent to it within the week.

The lawmakers in January, transmitted a reworked version of the bill to President Muhammadu Buhari for assent, after the latter had rejected it five times – citing reasons that ranged from cost of election, insecurity, drafting errors to proximity to the date of elections.

In the newly signed bill, the lawmakers had addressed an issue raised by the president – the mode of primaries for which political parties will conduct primary elections to elect candidates for political offices.

The Act allows political parties the option of using direct, indirect or consensus modes of primaries. It also allows the use of electronic voting and electronic transmission of results.

The bill became an Act after Mr Buhari assented to it in February.

Many Nigerians have said the law will ease electoral processes and promote fairness and credibility in future elections.