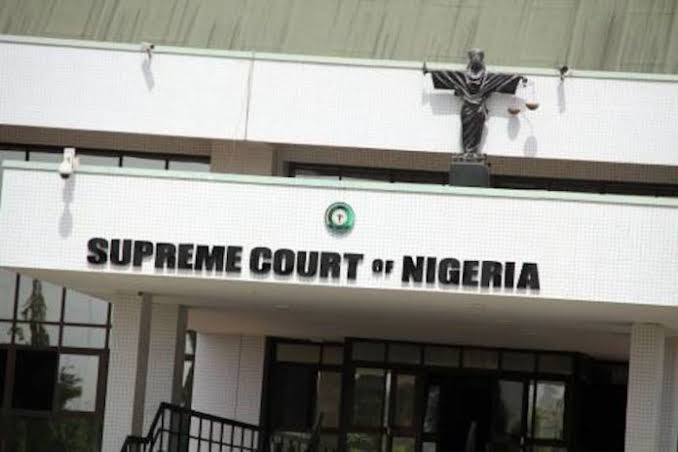 The Supreme Court of Nigeria on Thursday reserved judgment in a suit filed by President Muhammadu Buhari, and the Attorney-General of the Federation against the National Assembly, seeking an interpretation of section 84 (12) of the Electoral Act, 2022.

In the suit filed on April 29, 2022, marked: SC/CV/504/2022, the plaintiffs are contending that the said section of the Electoral Act 2022 is in conflict with constitutional provisions.

They noted that the constitution has made provisions for qualifications and disqualifications for the offices of the President and Vice President, Governor and Deputy-Governor, Senate and House of Representatives and House of Assembly, Ministers, Commissioners and Special Advisers.

Buhari and Malami added that the same constitution has equally “the qualifying factors for election in to the office of President, Vice President, Governor, DeputyGovernor, Senate, House of Representatives, Houses of Assembly and Ministers.”

The suit was reserved for judgment by a seven-man panel of Justices led by Mohammed Datijjo.

The apex panel after taking briefs of argument and adoption of processes by counsel representing parties in the suit, said the judgment date would be communicated to them.

Earlier, at the proceedings, the All Progressive Grand Alliance (APGA), and the Nigeria Bar Association (NBA) brought an application, seeking to be joined as interested parties.

However, Kelechi Anwu, counsel for APGA, later withdrew the joinder application, which was subsequently struck out. Similarly, the NBA was allowed as an amicus curiae in the matter.

Adopting his brief of argument, Emmanuel Ukala (SAN), counsel to the Speaker of Rivers State House of Assembly and Attorney-General of the state, citing Supreme Court Additional Jurisdictions Act, said Buhari lacks the locus standi to institute the suit as he is not directly affected by section 84 (12) of the Electoral Act.

He observed that appointees affected by the said section of the Electoral Act should have been the ones instituting the suit for being shut out from exercising their rights.