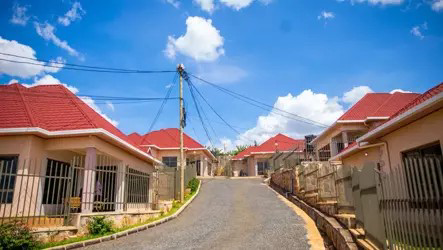 The government of Rwanda has unveiled three facilities among five which are expected to host migrants and asylum seekers set to be sent from United Kingdom.

Speaking to the media, Alain Mukurarinda, the Deputy Government Spokesperson said that the preparations to host them are ongoing and they are expecting the first group towards the end of this month.

“The arrival date of the first migrants to Rwanda is not yet confirmed. We know that the UK has informed the 1st group of about 50 that they’ll be relocated, and we expect to hear soon from our UK partners when they’ll arrive, likely in the next few weeks,” Mukurarinda tweeted on his Twitter account.

Commenting on the difference between the host places he said that they are expecting all types of people.

“We are expecting all categories of people including families, single, and elderly among others who managed to fly to the UK, and that is why we prepared different facilities to host them accordingly,” he said

In addition, he pointed out that as per the contract, contract these people will be hosted in those facilities for five years, and later on, will have the option of applying for asylum locally and be facilitated to resettle in Rwanda among other options.

Mukurarinda said that as the hosting country, there are benefits as the country is still recovering from Covid-19 effects.

He assured the migrants and asylum seekers that they will have freedom of movement, just like Rwandans do.

“We are hosting them and not imprisoning them. They will have full right to travel but as foreigners in a country it might be hard initially but in a few months, they might be able to travel no one will stop them as long as they can afford it,” he said.

Rwanda and the UK have inked a Migration and Economic Development Partnership, on April 14 to transfer the migrants and asylum seekers who are illegally in the UK.

A first of its kind in the world, the deal seeks to promote “the dignity and empowerment of migrants”.

According to British Prime Minister Boris Johnson, said: “Rwanda is one of the safest countries in the world globally recognized for its record of welcoming and integrating the migrants.”

In addition, though the exact number to be hosted is not yet revealed their numbers could be in thousands over the years.

“The deal we’ve done is uncapped and Rwanda will have the capacity to resettle tens of thousands of people in the years ahead,” Johnson said.

So far, most migrants and asylum seekers are from African countries, Iran, Iraq, and Syria, among others.

Desire Resorts Hotel,one of three facilities among five which are expected to host migrants and asylum seekers set to be sent from United Kingdom.

A view of one of different facilities in Kigali City