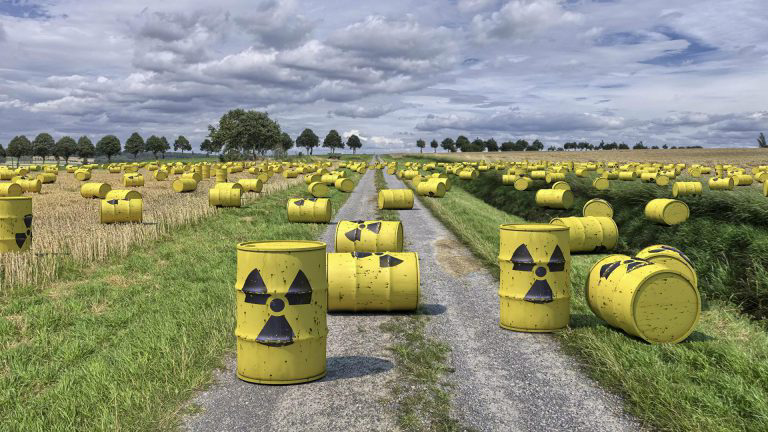 Nuclear power is regarded as one of the cleanest sources of energy with low carbon emissions, but it nevertheless has faced resistance in some countries, as concerns still remain regarding radioactive waste, a by-product of nuclear energy that carries traces of radiation.

Waste includes materials such as radioactive elements, wood, clothing, and waste paper. To minimize the impact of these materials on the environment and prevent the release of toxic compounds into the atmosphere, radioactive waste is processed and stored by various methods: incineration of liquid and solid wastes, followed by cementation, compaction and vitrification.

The technology, created by scientists from the Russian Far Eastern Federal University in cooperation with the Institute of General and Inorganic Chemistry of the National Academy of Sciences of Belarus, would help process dangerous solid nuclear materials in a more safe and effective way.

According to the university’s press release, the innovation is based on a new type of sorbents that effectively concentrate radionuclides from various substances and turn them into ceramics after a special method of heating.

According to the release, such ceramics can not only secure the safe disposal of radioactive waste but can also be the basis of radioisotope products, as it is also a source of ionizing radiation.

In addition to that, the technology can also help effectively and safely purify contaminated water, as the scientists said that they managed to “subdue” sorbents to a magnet. In water, composite sorbents “absorb” only radionuclides, and then, thanks to controlled magnets, harmful radioactive components are extracted from the liquid.

According to Artur Drankov, one of the authors of the study, sorbents in radiochemistry should not only be able to extract radionuclides from materials, but also ensure maximum safety when handling their spent forms.

“In this case, the formation of magnetic properties in efficient frame aluminosilicates makes it possible to control them in materials by applying a magnetic field. We can see a thorough collection and separation of the sorbent containing radionuclides from solid and liquid wastes in one stage, without any risk of incomplete purification wastes that are to be subsequently disposed,” he explained.