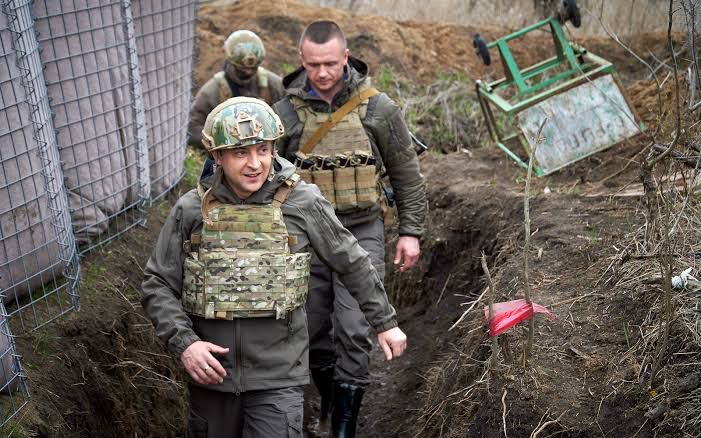 Newsmen visited the Ukrainian Embassy in Abuja yesterday and can authoritatively confirm that the number of Nigerian volunteers is increasing and might hit 400 before the week runs out.

A source, who does not want his name on print because he is not authorised to speak on the matter, told our correspondent that “about 200 Nigerians have applied to go and fight for Ukraine in the struggle against Russian invasion and the number is increasing.”

He said the government of Ukraine had shortlisted about 100 who are the most qualified because the Ukrainian government has more preference for ex-servicemen and those with military background and can handle weapons.

The source, however, said that the volunteers will have to first sponsor themselves to Poland where Ukrainian officials are waiting for men with all the necessary incentives, including military equipment and training before they would be deployed to the battle field.

He added that all necessary arrangements for their payment and other motivations had been made by Ukrainian authorities.

Also speaking on that matter, Second Secretary at the Ukrainian Embassy in Abuja, Bohdan Soltys, told Newsmen that the embassy was compiling the list of eligible volunteers, adding that over 100 applications had been received by the Embassy as of yesterday.

He, however, said the embassy had not received specific instructions from the Ukrainian government on what to do next and, therefore, cannot comment on the sponsorship of the Nigerians.