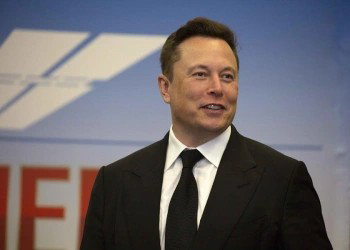 The world’s richest man and founder of electronic car company, Tesla, has called for increased western hydrocarbon investments in oil and gas to make up for reliance on Russian oil and gas exports.

Elon Musk disclosed this in a tweet on Saturday morning.

This comes as several sanctions imposed on Russia have also not been applied towards the sector.

He added that increased investments in oil and gas would obviously negatively affect Tesla, “but sustainable energy solutions simply cannot react instantaneously to make up for Russian oil & gas exports.”

Since Russia’s invasion of Ukraine, many countries have imposed severe sanctions on Russia. Even though the sanctions targeted banks, oligarchs, and other financial institutions, countries, it has barely affected Russia’s energy sector.

Minutes after the call to increase oil production, Musk tweeted again showing solidarity with the people of Ukraine.

“Hold strong Ukraine,” Musk tweeted. “And also my sympathies to the great people of Russia, who do not want this.”