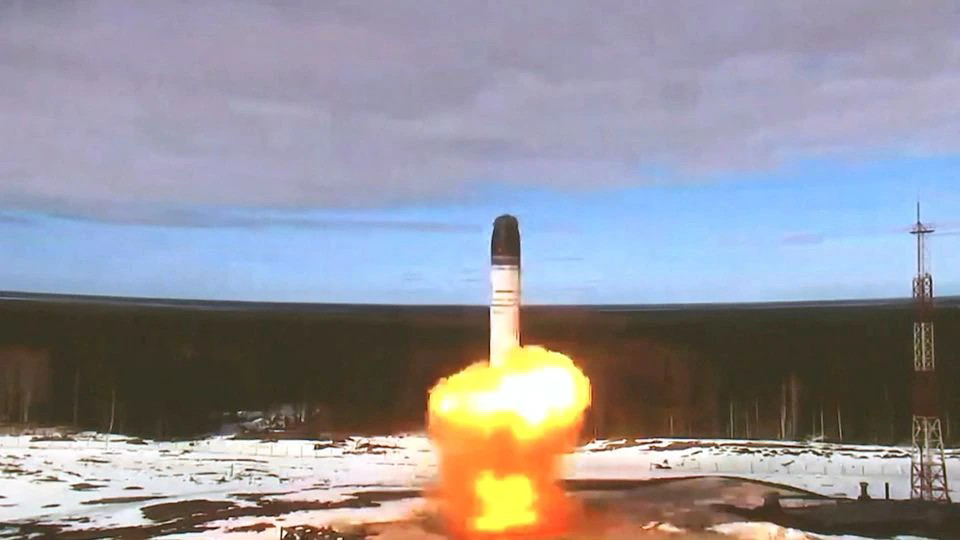 Two months into the invasion in Ukraine and after failing to take Kyiv, Russia in a show of strength tested a new nuclear-capable intercontinental ballistic missile (ICMB). The Russian defence ministry called the RS-28 Sarmat “the most powerful missile” in the world.

The Sarmat, the heavy ICBM, is the latest addition to Russia’s nuclear arsenal. Weighing more than 200 tonnes, it can be deployed with 10 or more warheads on each missile, according to the United States Congressional Research Service.

It has been designed to elude anti-missile defence systems with a short initial boost phase, giving enemy surveillance systems a tiny window to track, according to a report in NDTV.

The long-range missile has been under development since the early 2000s and was scheduled to be deployed at the end of 2022. Now the launch comes at a time of extreme geopolitical tension over the war in Ukraine.

‘Can hit any target on earth’

Russian President Vladimir Putin claimed that the missile can hit any target on Earth.

He was shown on TV being told by the military that the long-awaited Sarmat missile had been test-launched for the first time from Plesetsk in northwest Russia and hit targets in the Kamchatka peninsula, nearly 6,000 km away, reports Reuters.

“The new complex has the highest tactical and technical characteristics and is capable of overcoming all modern means of anti-missile defence. It has no analogues in the world and won’t have for a long time to come,” Putin said.

“This truly unique weapon will strengthen the combat potential of our armed forces, reliably ensure the security of Russia from external threats and make those who, in the heat of aggressive rhetoric, try to threaten our country, think twice,” the president warned.

How real is the threat?

The North Atlantic Treaty Organisation (NATO) has dubbed the Sarmat as “Satan 2”. Putin spoke about the missile in a 2018 speech boasting of new weaponry which would render NATO defenses “completely useless”. US officials had back then played down the threat.

On Wednesday, the Pentagon said that Russia’s test of a new nuclear-capable missile is not seen as threatening to the US and its allies.

Moscow “properly notified” Washington of the test following its obligations under the 2011 New START treaty, which placed limits on the two countries’ nuclear weapons, said US Department of Defence Spokesman John Kirby. “Testing is routine and it was not a surprise,” Kirby told reporters. “Of course, the department remains focused on Russia’s unlawful and unprovoked aggression against Ukraine.”

Is it simply symbolism?

Jack Watling of the RUSI think-tank in London said there was an element of posturing and symbolism involved, less than three weeks before the annual Victory Day parade where Russia shows off its latest weapons. “The timing of the test reflects the Russians wanting to have something to show as a technological achievement in the lead-up to Victory Day, at a time when a lot of their technology has not delivered the results they would have liked,” Watling told Reuters.

Douglas Barrie, a senior fellow for military aerospace at the International Institute for Strategic Studies, said that the launch was an important milestone after years of delays caused by funding issues and design challenges. The Sarmat’s ability to carry 10 or more warheads and decoys, and Russia’s option of firing it over either of the Earth’s poles, posed a challenge to the ground and satellite-based radar and tracking systems, he said, according to Reuters.

Days after the invasion of Ukraine began on 24 February, Putin put Russia’s nuclear forces on high alert. He has in the past claimed that the country’s next-generation missiles are “invincible”.

The Sarmat is another addition to the projectiles which include the Kinzhal and Avangard hypersonic missiles.

With 5,977 warheads of which 1,185 are ICBMs, Russia is the country with the most nuclear weapons.