Russia launches ‘one of the most massive’ missile attacks on Ukraine 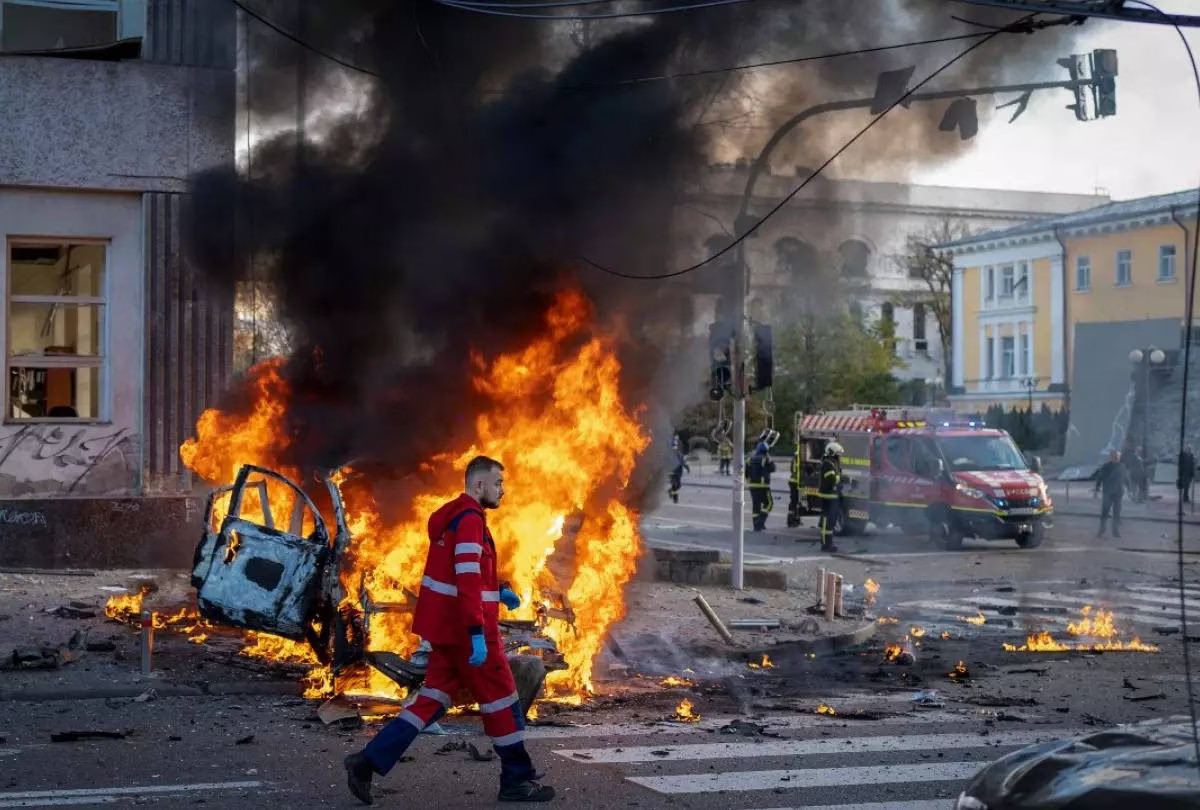 Amid the ongoing war between Russia and Ukraine, Russia once again launched a massive attack on Ukraine and fired 120 missiles from air and sea targeting the war-torn country on Wednesday.

Meanwhile, across the vast country including in the Ukrainian capital, the second city of Kharkiv in the east, and the western city of Lviv on the border with Poland blasts was reported on Thursday morning.

Mayor Andriy Sadoviy said most of Lviv where Russian strikes are still rare, was left without electricity.

On social media, Ukraine’s air force said, “The enemy is attacking Ukraine from various directions with air and sea-based cruise missiles from strategic aircraft and ships.” They also called it a massive attack.

Earlier in the summer and autumn of this year, Ukraine’s energy infrastructure was attacked by Moscow with drones and missiles.

Moreover, after the attack three people were wounded in the strikes, including a 14-year-old girl said Kyiv Mayor Vitali Klitschko.

Kyiv Mayor Vitali Klitschko has warned people of potential power cuts and urged people to stock up on water.

“Fragments of one of the enemy missiles fell inside a residential building, fortunately, there were no casualties,” Marchenko said.

Furthermore, after the attack on the regional energy infrastructure and emergency power cuts were enforced as they were damaged.