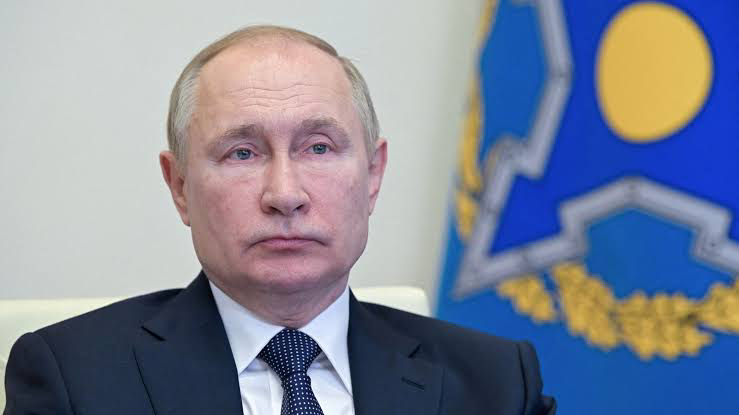 Russia’s conflict with Ukraine, despite its long gestation and planning by Vladimir Putin and his supporters in the Kremlin, was supposed to end quickly once financial retaliation began. Yes, there would be military skirmishes on the ground, but little more than a few casualties were expected once a range of penalties began to bite.

The western powers have quickly realised that unless they are willing to fire the financial equivalent of a nuclear arsenal, Putin has made sure Russia is largely immune, at least in the short term.

This means that the sanctions put in place over the past couple of days by the EU, US, UK, Japan and Canada are unlikely to have any significant effect on the Russian economy or its financial stability.

Only the full package of measures used against Iran – shutting Russia out of the international payments system, Swift, while also banning purchases of Russian oil and gas – will do the trick.

In 2014, when Russian troops moved into Crimea, annexing part of Ukraine, it provoked a first round of international sanctions. And that taught Moscow an important lesson.

Since then it’s been setting up defences, moving away from relying on the dollar, and trying to sanction-proof the Russian economy.

President Putin may be betting that he can withstand sanctions for longer than the West assumes.

By January this year, the government’s international reserves, in foreign exchange and gold, were at record levels – worth more than $630bn (£464bn).

That is the fourth highest amount of such reserves in the world – and it could be used to help prop up Russia’s currency, the rouble, for some considerable time.

Notably only about 16% of Russia’s foreign exchange is now actually held in dollars, down from 40% five years ago. About 13% is now held in Chinese renminbi.

All of this is designed to protect Russia as much as possible from American-led sanctions.

There have also been other changes in the structure of the Russian economy.

Over time it has reduced its reliance on foreign loans and investments, and has been actively seeking new trade opportunities away from Western markets.

China is a big part of that strategy.

The government in Moscow has also taken initial steps to create its own system of international payments, in case it gets cut off from Swift – a global financial messaging service which is overseen by the major Western central banks.

And it has been cutting the size of its budget – prioritising stability over growth.

That has meant the Russian economy has grown at an average of less than 1% a year over the past decade. But it may have become more self-reliant in the process.

“What Russia is doing – in effect – is building almost an alternative financial system so that it can withstand some of the shocks of sanctions that the West might impose,” says Dr Rebecca Harding, chief executive of Coriolis Technologies.

“But there will be some short-term pain in all of this, and the vulnerabilities in the Russian system are that they have a web spread very thinly across the globe.”

It could certainly be a dangerous game for Moscow. Sanctions on major Russian banks, particularly state banks, would hurt.

But President Putin may be calculating that the US, the UK and the EU have slightly different strategic interests to consider.

It is obviously easier for some countries to impose sanctions on the Russian oil and gas industry than it is for others. The EU, for example, gets 40% of its natural gas supplies from Russia. The UK gets about 3%.

Germany’s decision to put the Nord Stream 2 gas pipeline on hold, therefore, is damaging for Russia but will have a direct impact on energy prices in western Europe as well.

So, can targeting high net worth individuals have a bigger impact than sanctions imposed on the whole economy?

President Putin doesn’t hold money and other assets abroad in his own name for obvious reasons. But a network of ultra-rich supporters do it for him.

“There have been some sanctions against oligarchs since 2014, but they have not gone far enough. Change will only happen if they are much more targeted against them,” says Prof Tomila Lankina of the London School of Economics.

London is a particular focus, with its long-established network of front companies, property portfolios and political influence.

The UK government has now announced new sanctions against specific individuals, but the anti-corruption group Transparency International says there is about £1.5bn of Russian money invested in London property alone, much of it from funds held in offshore havens.

“Western governments are not just failing the Russian people by allowing this to happen, they are also failing their own people,” Prof Lankina says.

Western leaders have made it clear that the sanctions announced in the last few days are only the first of several potential steps. The pressure can be ratcheted up considerably.

But will it be enough to force Russia to change course?

There’s no question that sanctions can have an impact, but a package as broad as this has never been imposed on an economy as large as Russia.

And to make it effective, the West would have to be in it for the long haul.