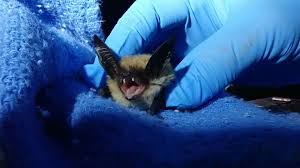 A secret project to study the ways bats can transmit diseases to humans has been carried out under US control at a laboratory in Kharkov, Ukraine for many years, Russian defence ministry spokesman Igor Konashenkov

The Russian Defense Ministry claimed on Thursday that it had obtained documents indicating that US-sponsored biological laboratories in Ukraine conducted experiments with bat coronavirus samples.

The biolabs in Ukraine studied the possibilities of transfer of African swine fever and anthrax through infecting birds, bats, and reptiles, the ministry’s spokesman Igor Konashenkov alleged during a daily briefing in Moscow.

The records recovered by Russia confirmed that these biolabs investigated pathogen transmission by wild birds traveling between Ukraine and Russia, as well as other bordering nations, he added.

“Russian specialists of the radiation, chemical, and biological protection divisions have studied documents on the transfer of human biomaterials taken in Ukraine to foreign countries on the instructions of US representatives.

“Of particular interest was detailed information about the implementation of a project by the US on the territory of Ukraine to study the transfer of pathogens by wild birds migrating between Ukraine and Russia and other neighboring countries,” he noted.

Also, these biolabs did experiments with bat coronavirus samples, the spokesman added.

“In the near future, we will publish the next package of documents received from Ukrainian biolaboratory employees and present the results of their examination,” he pledged.

The rebel forces of Ukraine’s Donetsk regions continued “liberation of the city of Mariupol of nationalists,” and they also took two more settlements under control, he added.

Containers with bat’s ectoparasites taken from lab in Kharkov

More than 140 containers with ectoparasites of bats were taken from a biolaboratory in Kharkov abroad, chief of Russia’s radiation, chemical and biological protection force, Igor Kirillov, said on Thursday.

“The analysis of the obtained documents confirms that more than 140 containers with ectoparasites of bats – fleas and ticks – were taken from the biolaboratory in Kharkov abroad,” he said, adding that Pentagon also demonstrates interest in insects capable of carrying dangerous infectious diseases.

Russian Defense Ministry Spokesman Igor Konashenkov said earlier on Thursday that the analysis of the documents from biolaboratories in Ukraine that were obtained in the course of the special military operation in that country revealed evidence that Pentagon had been funding research aiming at developing a mechanism of the latent spread of deadly pathogens.