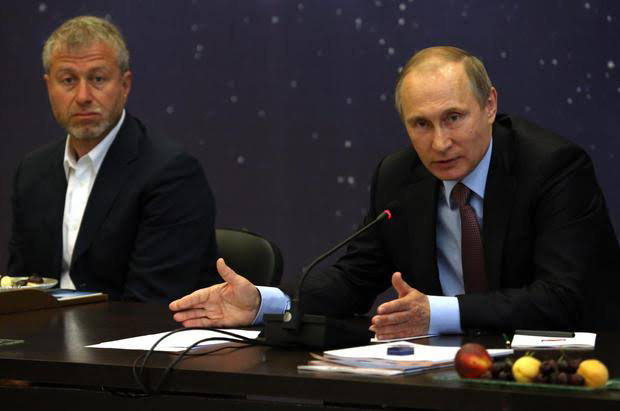 A spokesperson for the Russian owner of the Chelsea soccer team, Roman Abramovich, says the billionaire oligarch is attempting to broker a ceasefire between Russia and Ukraine.

“I can confirm that Roman Abramovich was contacted by the Ukrainian side for support in achieving a peaceful resolution, and that he has been trying to help ever since,” Abramovich’s spokesperson tells the UK’s Press Association news agency, cited by Ireland’s RTE.

“Considering what is at stake, we would ask for your understanding as to why we have not commented on neither the situation as such nor his involvement. Thank you,” the spokesperson says.

Earlier this week Russian-Israeli billionaire Abramovich handed over control of the Chelsea soccer team to the club’s foundation trustees.

Ukrainian film director and producer Alexander Rodnyansky also confirmed Abramovich’s involvement, insisting the Chelsea owner was the only person to respond to calls for help.

Rodnyansky has claimed that representatives from Ukraine’s government have expressed gratitude for Abramovich’s attempts at help.

“I can confirm that the Ukrainian side have been trying to find someone in Russia willing to help them in finding a peaceful resolution,” said Rodnyansky.

“They are connected to Roman Abramovich through the Jewish community and reached out to him for help.

“Roman Abramovich has been trying to mobilize support for a peaceful resolution ever since. Although Roman Abramovich’s influence is limited, he is the only one who responded and taken it upon himself to try.

“If this will have an impact or not, I don’t know, but I am in contact with Zelensky’s staff myself, and know that they are grateful for his genuine efforts.”