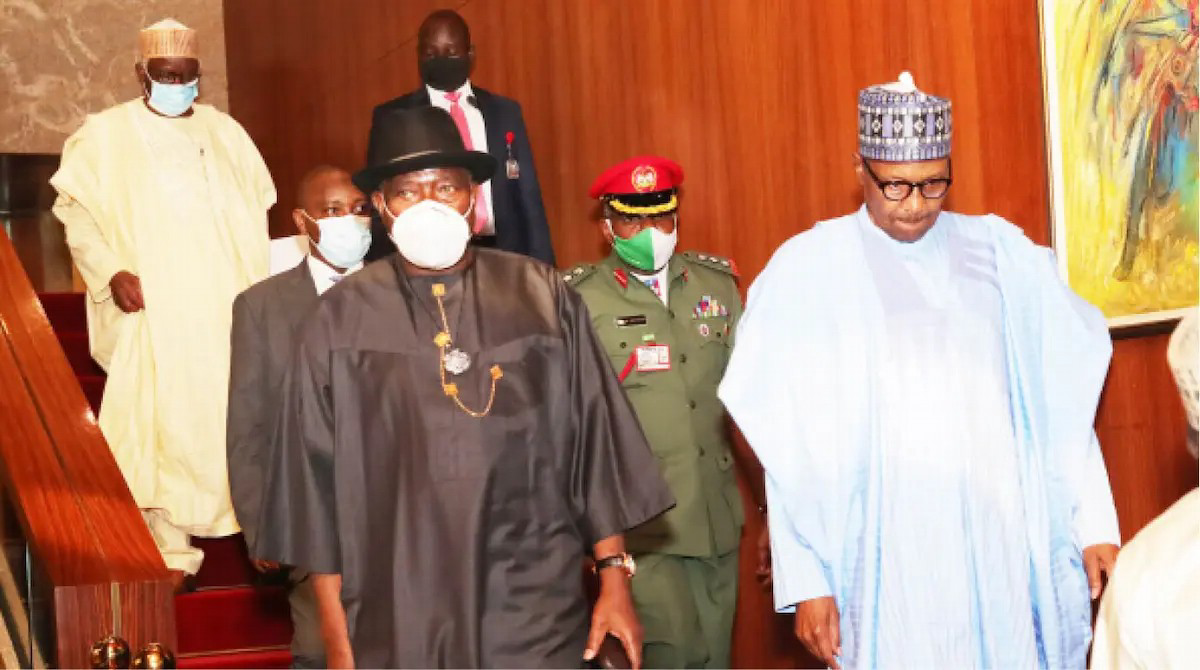 President Muhammadu Buhari has condoled with former President Goodluck Ebele Jonathan on the demise of his two personal staff in a road accident.

The President, in a statement issued Friday by his spokesman, Garba Shehu, joined fellow countrymen in praying for the repose of the deceased aides of the former President.

President Buhari urged their families to see their demise as a sacrifice for the nation.

The President, who expressed gratitude to Almighty God for having President Jonathan escape unhurt from the accident, urged him not to be distracted from his frequent local and international travels linked to peace building at home and abroad.

Vardiafrica had reported how Jonathan’s convoy was involved in an accident within the vicinity of Nnamdi Azikiwe International Airport, Abuja.

Reacting to the incident, National President of Ijaw Youths Council, Peter Timothy Igbifa, alleged that the accident was a premeditated attempt by some conspirators to end the life of the former president ahead of the 2023 general elections.According to him, the orderlies used themselves as human shields to protect Jonathan and in the process paid the supreme price.

He threatened that the Niger Delta youths would ground the economy if any evil happens to Jonathan.

But the Federal Road Safety Corps (FRSC) said that “speeding” is the possible cause of the accident.

The Federal Capital Territory (FCT) Sector Commander of the corps, Samuel Ogar Ochi, said a full-scale investigation had been launched into the accident.

He had said, “For me as the FCT FRSC sector commander, I got the information about the crash and swung into action by proceeding to the National Hospital to confirm the status of the victims.

“And from what we gathered was that that vehicle could be on the speed. It was going at a particular speed that made it possible for the driver to lose control. That is the picture we are still having, but then, the detail of the crash will be made known after the investigation has been concluded.”