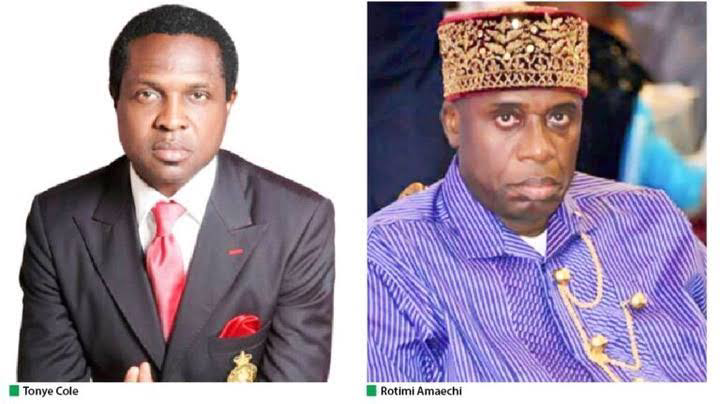 The Rivers State Government has withdrawn the criminal case it filed against a former Minister of Transportation, Rotimi Amaechi, and governorship candidate of the All Progressives Congress for the 2023 polls, Tonye Cole, among others.

The State Government filed a criminal suit accusing them of selling government assets and diverting the proceeds.

According to the allegations, the money, running into several billions of Naira, was allegedly diverted during Amaechi’s tenure as the state Governor.

When the case resumed for ruling on the legality of a private lawyer to prosecute the matter, the lawyer to the State Government and the Attorney-General of the State and Commissioner for Justice, Prof. Zaccheus Adangor, informed the court that he was withdrawing the suit.

But the lawyer to the APC, Amaechi and Cole contended that withdrawing the suit was an abuse of court process and prayed the judge to dismiss the criminal charges if the suit must be withdrawn.

The Presiding Judge, Justice Okogbule Gbasam, after listening to a heated arguments, struck out the suit and the charges against the APC and others.