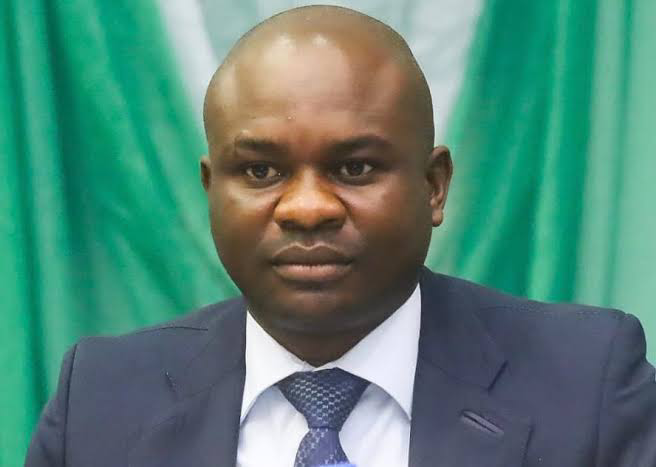 There was a mild drama at the South-South zonal headquarters of the people’s democratic party, PDP, as one of the aspirants from Rivers state, Hon Farah Dagogo was arrested and taken away by a team of heavily armed policemen.

He was arrested on Thursday evening by policemen attached to Government House, Port Harcourt, Rivers State at the venue of the PDP South-South Zonal office, Port Harcourt where governorship aspirants were being screened.

A few minutes afterwards, Hom. Dagogo was seen coming out surrounded by heavily armed security operatives who took him outside the office premises and took him into a patrol van with the inscription ‘Operation C4i-027.

The patrol van immediately made a quick turn, a handful of operatives jumped at the back and zoomed off.

It was not clear where the lawmaker who represents Degema/Bonny federal constituency was taken to. But sources said he may be charged to court today, Friday

Confirming the arrest, Ibrahim Lawal, the media aide to the Lawmaker said in a short statement that Dagogo has been arrested.

“The Federal Lawmaker representing Degema/Bonny Federal Constituency in the House of Representatives and Governorship hopeful of the Peoples Democratic Party (PDP), Hon. Doctor Farah Dagogo has been arrested on the directives of Governor Nyesom Wike at the PDP Zonal Office, the venue for the screening of governorship aspirants.

“Hon. Dagogo was arrested at the governorship screening hall by some police officers and taken to an unknown location,” he said.

Wike had on Wednesday declared Dagogo wanted for allegedly sponsoring cultists to disrupt PDP secretariat, the venue of screening of aspirants.

Wike’s order came barely two days after Dagogo declared his support and allegiance for former Vice President, Atiku Abubakar to clinch the party’s presidential ticket ahead of the governor.