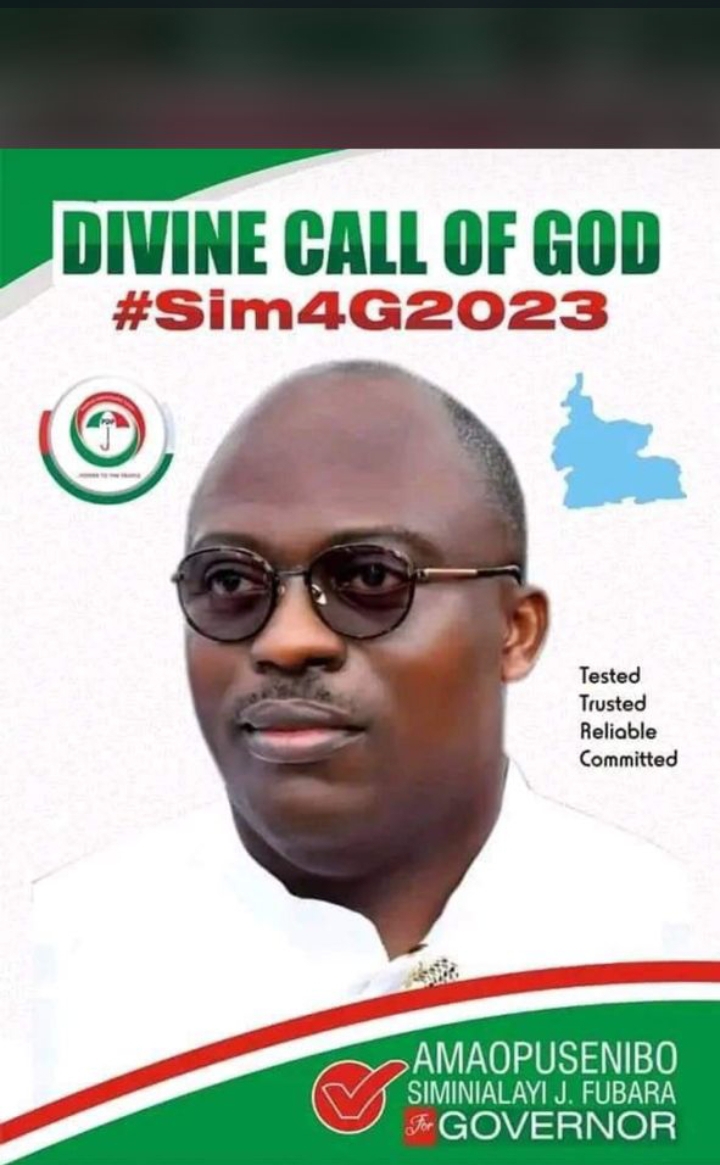 The Rivers State Accountant General, Fubara Siminialayi has emerged the governorship candidate of the Peoples Democratic Party, PDP, for the 2023 general elections.

A total of 16 aspirants contested the election after a series of meetings and consultations led by Governor Nyesom Wike failed to yield a consensus.

Siminialayi, who hails from Opobo/Nkoro local government area of the state, polled 721 out of a total votes cast of 890 to emerge the overall winner.

Party delegates from the 23 local government areas of the state who arrived the Obi Wali International Conference Centre in Port Harcourt, venue of the primary, since 8am on Wednesday morning completed accreditation about 2pm, but voting commenced at about 6:10pm.

The Chairman of the electoral committee, Prof. Walter Mboto, led three others to announce the result of the election.

Among the aspirants that participated in the primaries were former deputy governor governor, Tele Ikuru, Felix Obuah, immediate past Chairman of PDP in the State, Dr. Tammy Danagogo, Secretary to the State Government, George Kelly, Special Adviser to Governor Wike on Projects and Dr. Abiye Sekibo former Minister of Transportation.

Meanwhile, some of the aspirants, including Danagogo, Sekibo, former senator, Lee Maeba, Gabriel Pidomson and Obuah boycotted the exercise despite commencing the process.

Fubara was recently declared wanted by the Economic and Financial Crimes Commission (EFCC) alongside three other top officials of Wike’s administration, over alleged N117 billion fraud.