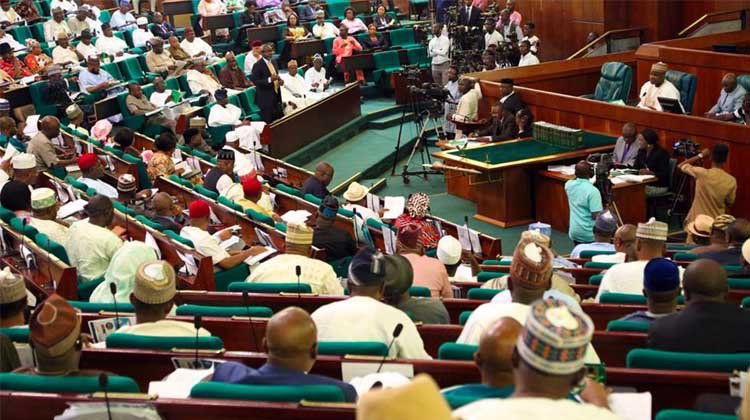 The House of Representatives has again stressed the need for a better welfare package for personnel of the Nigerian Army saying that to get the best out of officers and men, issues of welfare must be given utmost priority and never compromised, to enable the army to tackle the nation’s security challenges effectively.

Chairman of the House Committee on Army, Hon. Abdulrazak Namdas made the call at a budget defence session with the Chief of Army Staff, adding that the committee is aware of the challenges confronting the Army, especially the issue of funding.

Namdas also called on the Army to investigate the security alert by some foreign embassies, saying: “As we sit here and deliberate on this budget proposals, Abuja is under serious tension following a security alert issued in certain quarters suggesting that terrorists may launch a major attack on the city. Recall that in response to this alert, some foreign embassies had ordered the evacuation of their nationals from Abuja. This is a matter that our security forces must thoroughly investigate. The Army must put enough boots on the ground to contain any security breaches in Abuja in the magnitude claimed by the aforementioned security alert

In doing so, the welfare of personnel should be given topmost priority and never be compromised”, he said.

Namdas noted that in recent years, the legislature has worked to improve and sustain the budgetary provision of the Army from N463 billion naira in 2020 to N509 billion naira in 2021 and N589 billion in 2022, adding that the 2023 budget proposal of the Nigerian Army, now under consideration is about 600 billion, urging for judicious application of the provision.

“As aptly captured by Mr President when he presented the estimates of N20.5trillion to a joint session of the Senate and the House of Representatives last month, it is a ‘Budget of Fiscal Consolidation and Transition.’ It targets to cap the achievements of the administration so far in the provision of critical infrastructure, fighting insecurity/insurgency, improving on the economy, providing social welfare to the most vulnerable population and addressing the increasing threats posed to sustainable development by sleaze”.

The chairman commended the vision of the current COAS, which is to have “A professional Nigerian Army to accomplish assigned missions within a joint environment in defence of Nigeria”, adding that “the vision centres around working in full collaboration with heads of other sister security agencies, no doubt contributed immensely to the recent successes recorded by our security forces in the counter-insurgency/terrorism operations, fighting banditry, kidnapping and other criminal acts that threaten our collective existence as a nation

While I commend the COAS for his efforts, we are not unaware of the sacrifices made by our gallant personnel in the frontline, including loss of lives and the denial of the essentials that make living worthwhile, all so that Nigeria may be safe for all us”, he stated.

In his response, the Chief of Army Staff, Lt. Gen. Faruk Yahaya urged the National Assembly to pass the Armed forces of Nigeria Trust Fund Bill before the end of the 9th Assembly.

The passage of the Bill, according to him would greatly assist the Nigerian Army through improved funding.

General Yahaya also called for a review of the current envelope system, which he said leads to inadequate funding for the Nigerian Army due to the increased manpower needs as a result of the expansion of the theatre of operations of the Army.

”I must state without mincing words that the expansion of the Nigerian Army has continued to impact significantly on the human resources and lean finances available to the Nigerian Army.” Gen Yahaya noted