Reps propose bill to impeach,imprison,fine any President who borrow for non-capital expenditure 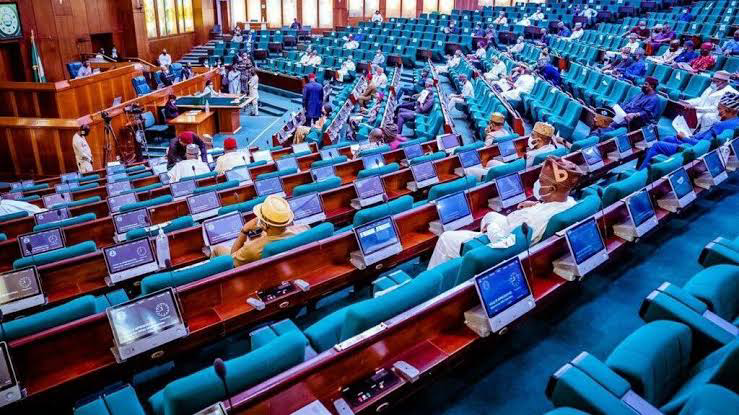 A bill seeking the impeachment of the President, a governor and a local government council chairman that would borrow for non-capital expenditure and human development projects yesterday scaled through second reading at the House of Representatives.

The bill, seeking the amendment of the Fiscal Responsibility Act was sponsored by Hon. Sergius Ogun (PDP, Edo).

Essentially, it proposed the amendment of the Principal Act to provide specific sanctions within the Act, for failure to comply with the provisions of the law.

The principal Act provides in section 41(1) that the framework for debt management during the financial year shall be based on the following rules: “(a) Government at all tiers shall only borrow for capital expenditure and human development, provided that, such borrowing shall be on concessional terms with low interest rate and with a reasonably long amortization period subject to the approval of the appropriate legislative body where necessary; and

“(b) Government shall ensure that the level of public debt as a proportion of national income is held at a sustainable level as prescribed by the National Assembly from time to time on the advice of the Minister. (2) Notwithstanding the provisions of subsection (1) of this section and subject to the approval of the National Assembly, the Federal Government may borrow from the capital market. (3) Non-compliance with the provisions of this section shall make the action taken an offence.”

But the new amendment bill stated that: “Non-compliance with the provisions of this section shall make the action taken an impeachable offence and the offender shall be liable on conviction to a fine of N500,000,000 (five hundred million) or imprisonment for a term of three years or to both such fine and imprisonment”.

In his debate on the general principle, the sponsor, Ogun who lauded the Fiscal Responsibility Act 2007, however, observed the lack of specific sanctions or penalties within the Act for the offence created in subsection 3 of section 41 of the law.