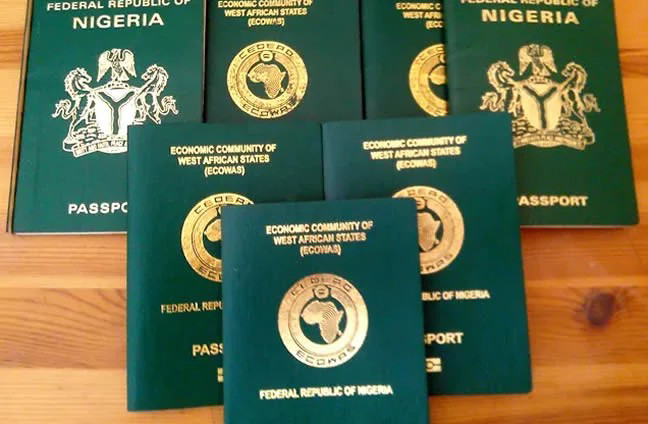 The House of Representatives has resolved to investigate passport racketeering, shortage of booklets and delays in issuance by the Nigerian Immigration Service.

At the plenary on Thursday, the House urged the NIS to “halt their policy for biometrics capture,” while also urging the Service to “immediately purchase more machines to aid the process.”

Also, the lawmakers resolved to set up an ad hoc committee to “investigate the reasons for the shortage of the passport booklets and sharp practices with the aim of finding a lasting solution.”

The panel is to report back within two months for further legislative action.

These resolutions were sequel to the unanimous adoption of a motion of urgent public importance moved by a member of the House, Fred Agbedi, titled ‘Need to Find Lasting Solution to the Lingering Issue of Shortage of Passport Booklets Which is Causing a Lot of Pains to Our People.’

Agbedi noted that the duties of NIS include the control of persons entering or leaving the country, issuance of travel documents including Nigerian passports, issuance of resident permits to foreigners in Nigeria and border surveillance.

The lawmaker said in recent times, the process of applying for Nigerian passports had become frustrating, as the process is bedevilled with delays occasioned by the shortage of passport booklets. “This has brought about sharp practices as well as rip-off charges to the detriment of our people within and outside the country,” he added.

He said, “The Nigerian Immigration Service was quoted to have commenced the production of 30,000 e-passports with the aim of bringing an end to the issue of delays.  Despite these modalities, the issue of shortage of passport booklets is still lingering. Consequently, intending travellers wait for several months and sometimes a year after capturing for their passport, before it is issued to them.

“The House is worried that there are persons who need their passports to travel out of the country for several reasons such as medical attention, businesses and education or be with family.”