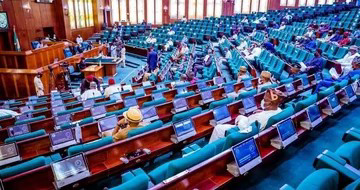 With the growing concerns regarding poor electricity supply, the House of Representatives has moved to address the epileptic power supply in Nigeria.

The motion was moved by the Chief Whip of the House, Hon. Mohammed Tahir Monguno, and was seconded by Hon John Chike Okafor.

In his presentation, Monguno noted that the growth of the economy relies on the adequate supply of electricity. He also suggested that power sources be diversified.

He said, “electricity, power, is key to the socio economic development of any country. Lack of adequate power supply retracts our industrial growth, and thereby also retracting our economic growth.

“It brings about job losses because when industries do not operate up to maximum capacity, there is no way they will retain their work force.

“There is need for us to upgrade our power supply and make it adequate by diversifying our power sources to solar and coal.”

Meanwhile, the Federal Government said it has commenced investigations to unravel the circumstances that led to the latest collapse of the National Grid on April 9, 2022.

Recall that the national grid had collapsed twice in March resulting to a nationwide blackout.

The first collapse occurred on monday, March 14, 2022, and lasted about three hours before power was restored.

Hours after that, the grid experienced yet another shutdown which took the government two days to resolve.

PREVIOUS POST Tinubu meets 17 APC governors in Abuja hours after Osinbajo’s declaration
NEXT POST 2023: I have no son grown enough to challenge me, says Tinubu