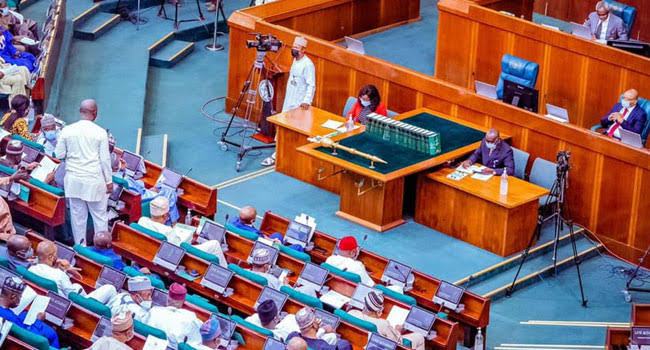 The House of Representatives, Tuesday, began the probe of importers and suppliers over the contaminated fuel that has caused chaos and scarcity across the country.

The House grilled two companies, MRS and a consortium of four companies including Emadeb, Hyde, Jay Maikifi and Brittania-U, who were fingered as the suppliers of the fuel by the Nigerian National Petroleum Corporation, NNPC.

Chairman of the House Committee on Petroleum Resources (Downstream) handling the probe, Abdullahi Gaya, at the session, said the probe as mandated by the House was necessary to ascertain the circumstances of the importation of the toxic fuel and evolve measures to forestall future occurrence.

Appearing before the Committee, MRS denied importing contaminated fuel into the country.

Represented by its Chief Executive Officer, CEO, Mrs Amina Miana, the company said they were certified by NNPC on the importation.

“We received a letter, inviting us to this public hearing in regards to the alleged contamination of fuel imported into the country. So, that’s the reason why we are here.

“We are here to clarify the issues regarding the importation of fuel. I think the MD of NNPC was here, and he did clarify that the fuel which we imported was not out of the specification or adulterated.

“Yes, there’s been a lot of conversations regarding whether or not we brought in fuel which is contaminated.

“Let me state that there is an approved specification of PMS which is imported to into Nigeria.

“On arrival, it was tested by the NNPC inspectors and it met the specification before the vessel was discharged.

“The normal procedure is that the NDMPR would normally have their own inspectors to test and certify what was discharged and all of that was done, and certified Ok before the vessel was discharged.

“So we did not bring in any adulterated fuel,” Maina said.

Back your claims with documents, Reps tell MRS

In his ruling, Gaya asked the company to produce all relevant documents backing up their oral presentation.

“I think in our letter we said you should give us all relevant documents from the beginning to the end.

“Honourable colleagues, this is just to engage the NNPC and the downstream for them to explain and give us documents.

“We have already informed them that after going through the documents, we are going to invite them again to come, so that if we have any other thing to verify, they will have to tell us.

“For now, it is just for them to explain and give us the document. If there is need to call her back, then we will call her back,” he said.

We handled the importation, says Britannia-U

Also testifying before the panel, the leader of the Consortium, Mr. Adebowale Olujimi said that Britannia-U handled the importation.

He said: “On June 16, 2021, the Consortium members executed a consortium agreement, which defined the rotational responsibilities of members, sequential alternate crude lifting/petroleum product delivery and indemnification of other members against liabilities, claims, etc., that may arise during a member’s underperformance or failure to perform under the DSDP contract.

“The Consortium was awarded the DSDP contract on June 22, 2021 by NNPC.

The delivery of the Petroleum, product and crude lifting have been done strictly on a rotational basis by the respective consortium members.

“Some of the Consortium members – Emadeb/Hyde and AY Maikifi— immediately engaged a reputable international company for delivery of all PMS cargoes and prompt loading of crude oil; while Brittania-U chose to engage a different entity for her own supplies.

“Brittania-U also preferred to liaise directly with NNPC and took responsibility for all her transactions without recourse to the other consortium members.

“All evidence to substantiate Brittania-U’s position are attached for references.

“The PMS alleged to be Methanol-Blended was solely delivered by Brittania-U via MT Torm Hilde in January 2022.

“The other Consortium members — Emadeb/Hyde and AY Maikifi — were not privy to the arrangements for the delivery of the aforementioned PMS and documentary evidence relating to the PMS.”

At what point did the fuel turn off-spec, Britannia-U asks

Explaining herself to the panel on the circumstances of the importation, the Chief Executive Officer, CEO, Uju Ifejirika, said that their product met the approved specification.

“We have a DSDP contract with NNPC. We have done that for two and half years This is our 10th cargo and none of our cargos were off-spec and this particular one was not off-spec.

“Before a cargo will come in, there will be a test at the Port of loading which they did.

“Whoever that is importing for us, we must give that document to them and based on that, they will do their own sample and our supplier do their sample and they gave us the sample result, which we have to NNPC and NNPC confirmed it was Ok.

“Now, the second point of test; the cargo arrived at offshore, Lagos, the vessel tendered NOR.

“We transmited that to NNPC and they now appointed their inspector. That’s GMO while we have SEBOD.  They now went offshore to test the product.

“When they finished testing the product, there is a joint certificate given by GMO, that is NNPC-nominated cargo inspector and our own.

“Our product came in 4th of January and there is no state that 77 million liters will not finish it in our week.

“The normal legal position is that when you bring in a cargo and it moves from mother vessel to daughter vessel, custody transfers and at that point, we do not have any legal control over the product. And we have all our certificates.

“Now, they are saying that we brought in off-spec. At what point? You cannot have 90,000 metric tons and you came out with a press release on the 8 of February, which was more than a month after this project came in.

“Did anybody call us? Was there any joint test between us and the NNPC? There was none.

“We have all our documents and it met the Nigerian specification,” Ifejirika said.

Ruling on the matter, the committee Chair, Gaya asked her to tendere all relevant documents detailing her presentation.

PREVIOUS POST If I had not intervened, people would be trekking from Lagos to Abuja — Buhari
NEXT POST Abia assembly adjourns indefinitely as deputy speaker, majority leader escape impeachment