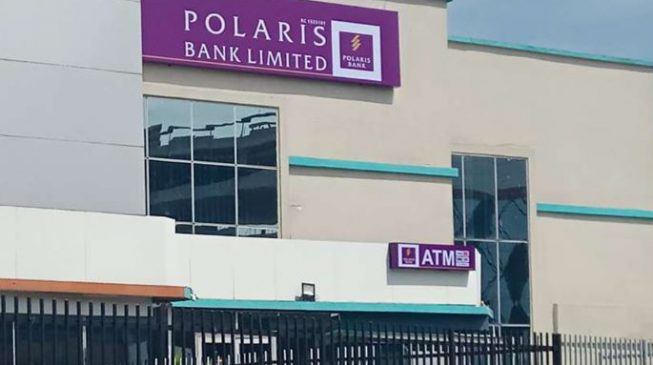 The House of Representatives on Wednesday gave its backing to the ongoing sale of Polaris Bank, affirming that the exercise followed due process and got Presidential approval.

Chairman, Ad-hoc Committee investigating the sale of Polaris Bank, Hon. Henry Nwawuba confirmed at a press briefing held at the National Assembly, Abuja, saying that investors need not worry about the status of the financial institution.

Hon. Nwawuba disclosed that the Ad-hoc Committee during the scrutiny of various documents and extant regulatory processes on the sale of the bank discovered that there is evidence of substantial compliance in the process.

He said out of the 35 companies invited to bid for the bank, the regulatory agency shortlisted the bidders to 15 and later seven and afterwards got Presidential approval to proceed with the sale of the bank.

“On the last legislative day before we broke up from plenary sessions to work on the budget, there was a motion on the floor asking the CBN to suspend the sale of Polaris Bank and cut up an Ad-hoc Committee to investigate the circumstances, and I happened to have emerged to Chair that committee.

“The Committee has started work and we have looked at the documents and that is the beauty of investigations in Parliament.

“The beauty is that regardless of what comes on the floor, it is only when we started looking at the documents before us that we start getting a clearer picture.

“So far, we have found evidence of substantial compliance in this process. We have seen that indeed about 35 companies were invited to bid and of course, it went down to 15 and 7 ultimately a recommendation was made and presidential approval is given.

“So far everything looks really good. We do not have any cause for concern for now. For the stability of the financial systems in Nigeria, we would call on Nigerians to know there is nothing wrong with Polaris Bank as a bank.

“What the House is looking at is the process of the acquisition or the sale and so far, we are confident from what we are seeing. Until we conclude this investigation.

“I would not be able to speak authoritatively on the matter, but from what we are seeing so far, particularly with the approvals and the steps taken so far there seems to be substantial compliance on the matter so far.

“The bank acquisition process seems to have complied substantially. I do hope customers would make their decision to deposit and withdraw money based on the prudential guidelines, liquidity ratio and other sounds financial reasoning and thinking and not just hearsay in social media,” Nwawuba said

Asked to give the Committee’s assessment of the state of health of the bank, Hon. Nwawuba said: “Technically, yes. Except if there is any emergency thing we would discover at the end. I don’t expect any fireworks.”

Speaking on the flood ravaging Mbaitoli/Ikeduru Federal Constituency of Imo State, Hon. Nwawuba who solicited for Federal Government’s intervention, disclosed that no fewer than 35,000 people have so far been displaced from 35 communities.

He also urged Central Bank of Nigeria (CBN) to provide moratorium for farmers who obtained loan facility and were affected by the ravaging flood.

He further acknowledged that the challenges posed by this year’s flood was unprecedented, observing that “this year we have witnessed high volumes in terms of rainfall from the north down to the southern part of Nigeria. My constituency is not different.”

“We have been affected tremendously by displacements. Of course, our farmlands washed away. And people generally being displaced. We naturally in the south east are bedeviled with a lot of erosion issues, maybe because of the texture of our soil, but this year it has been particularly bad.

“Thank God it is budget season and it would be good us to see us capture palliatives and things that would cushion the effects against next year’s harvest, because we know that food production in the country this year would be a challenge.

“I have reached out to the intervention agencies especially NEMA. In my letter I listed about 35 communities because we have 64 autonomous communities that make up my constituency. We have a total of about 35,000 people that are currently displaced. Homes have been washed out.

“Yesterday in the news if you saw what happened in Bayelsa where we even had dead bodies being washed up the ravaging flood. Flooding is a very big menace and looking for food and relief items and even non-food items at the moment, just to cushion the effects. It has been very bad.

“I hope it can be taken as a matter of emergency, so we can get necessary relief to the people as quickly as possible. Hopefully I do believe the emergency services would get to us. We have also reached out to the refugee commission for displaced people.

“We are just looking out for any kind of intervention or assistance be it emergency or scheduled. Whatever we can get now for the Federal Government would really go a long way in assisting the people,” Hon. Nwawuba urged