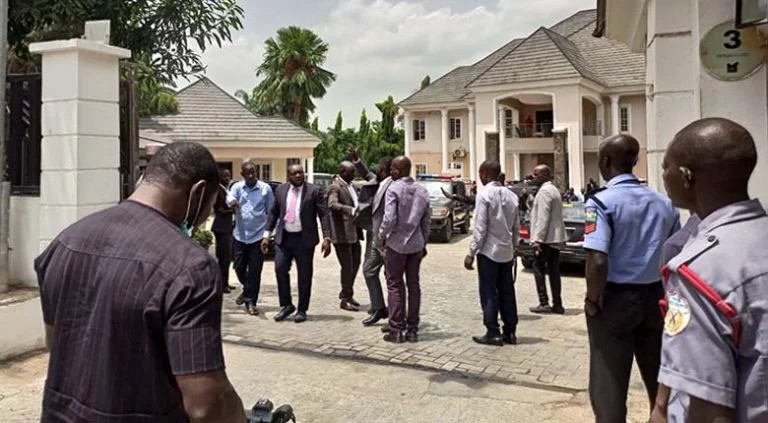 The Economic and Financial Crimes Commission (EFCC) has said that its operatives stormed the residence of Senator Rochas Okorocha because he refused to honour invitations after jumping administrative bail.

Okorocha, who is a presidential aspirant on the platform of the All Progressives Congress (APC), earlier said he was being held hostage on his premises to stop his 2023 presidential ambition.

However, on Tuesday the EFCC’s Head, Media & Publicity, Wilson Uwujaren in a statement, which was also tweeted, explained the reason behind the anti-graft agency’s action.
Uwajaren said Okorocha had refused to honour invitations after jumping administrative bail.

The statement reads, “Operatives of the Economic and Financial Crimes Commission, EFCC, today May 24, 2022, arrived at the Maitama, Abuja home of a former governor of Imo state, Senator Rochas Okorocha, to effect his arrest.

“The move followed the refusal of the former governor to honour invitations after jumping the administrative bail earlier granted him by the Commission.

“EFCC had on January 24, 2022 filed a 17-count criminal charge bordering on diversion of public funds and properties to the tune of N2.9billion against Okorocha.