Presidential Election: Fayose Vows Not To Step Down, Backs Zoning 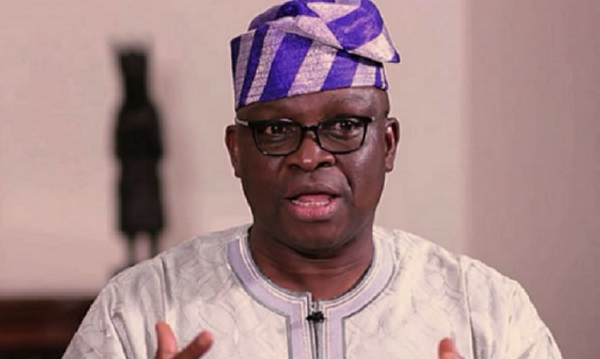 Former Governor of Ekiti State, Ayodele Fayose, has vowed not to step down from his 2023 presidential ambition.

Speaking on Channels Television’s Politics Today, hours after he obtained the presidential form, the former governor lamented that the consensus mode of election is undemocratic and will only rob eligible candidates like himself, the opportunity he deserves.

“They said they want all of us to come and do consensus. I don’t know about them but I have taken a form today and I am not going to step down.

“Do you know the mind of Nigerians? Do you know who they want? I will go to that election and I won’t step down. Any meeting or anywhere they talk about consensus, as good as that language looks, it is undemocratic,” he said.

Earlier in the day, Fayose stormed the National Secretariat of the Peoples Democratic Party in Abuja to purchase the N40 million Expression of Interest and Nomination forms.