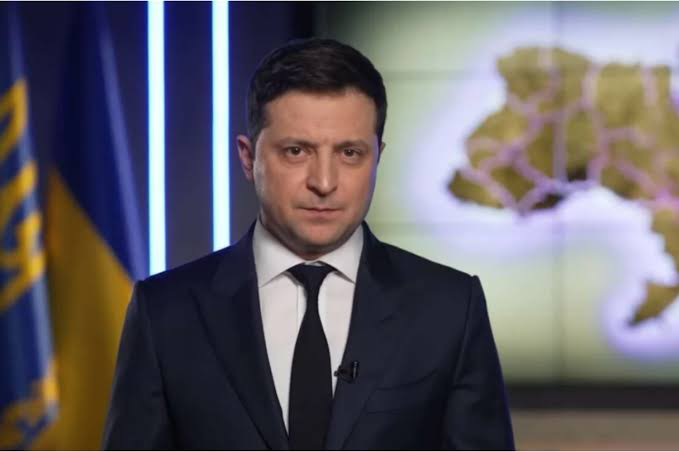 Ukrainian President Volodymyr Zelensky has asked the European Union to grant his country “immediate” membership as Russia’s invasion of the country enters its fifth day.

“We appeal to the European Union for the immediate accession of Ukraine via a new special procedure,” the president said in a new video address.

Zelensky’s demand followed the facilitation of a peace talk between Russia and Ukraine slated to take place on the Ukraine-Belarus border.

Zelensky had initially objected to having the meeting in Belarus, pointing out that Russian military actions are being launched from that country.

On Sunday, Zelensky said in a televised statement that he does not expect much from the meeting.

“I will say frankly, as always: I do not really believe in the result of this meeting, but let them try. So that no citizen of Ukraine would have any doubt that I, as president, did not try to stop the war when there was even a small chance,” Zelensky said.

Ukraine has been trying to defend its cities from the military onslaught of Russia since Thursday.

Zelensky said 16 children died during the first four days of Russia’s assault and another 45 wounded as he hailed “Ukrainian heroes.”

The UN’s human rights chief Michelle Bachelet said Monday that at least 102 civilians, including seven children, had been killed but warned the real numbers were probably far higher.

“Ukrainians have shown the world who we are. And Russia has shown what it has become,” Zelensky said.

The Ukrainian leader — a former comedian who came to power in 2019 — released his latest video statement as Russian and Ukrainian negotiators prepared to sit down for their first face-to-face talks since Russian leader Vladimir Putin ordered troops to invade last Thursday.

Zelensky urged Russian soldiers to lay down their weapons.

He claimed that more than 4,500 Russian soldiers had already lost their lives during the Kremlin’s assault. Russia has admitted to deaths and casualties but given no toll.

The Ukrainian leader also said authorities would release convicts with combat experience so that they could help defend the country.

He once again thanked the West for its support. “Support of our anti-war coalition is unconditional and unprecedented,” he said.

Russia’s invasion of Ukraine has sent shockwaves around the world.

Ukraine forces, backed by Western arms, have managed to slow the advance of the Russian army.