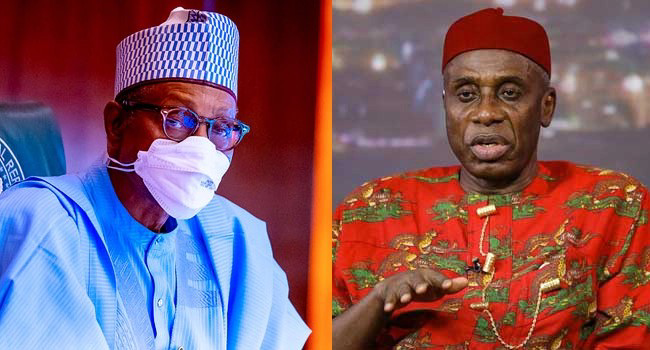 President Muhammadu Buhari has praised the efforts of the Minister of Transportation, Rotimi Amaechi, towards making the Lekki Deep Sea Port a reality.

The President has also directed the transport minister to consult and bring up a memorandum to the Federal Executive Council, to link the facility with the railway network.

This was disclosed in a statement signed by the Senior Special Assistant to the President, Media & Publicity, Garba Shehu, on Tuesday.

President Buhari made the comments during his engagements in Lagos, as he inspected the rate of work done at the first Deep Sea Port in Nigeria located in the Lagos Free Zone, 65Km east of Lagos.

During the course of the inspection, the President received firm assurances that the port, which has a concession period of 45 years and sits in a land area of 90 hectares, will be completed on schedule by September