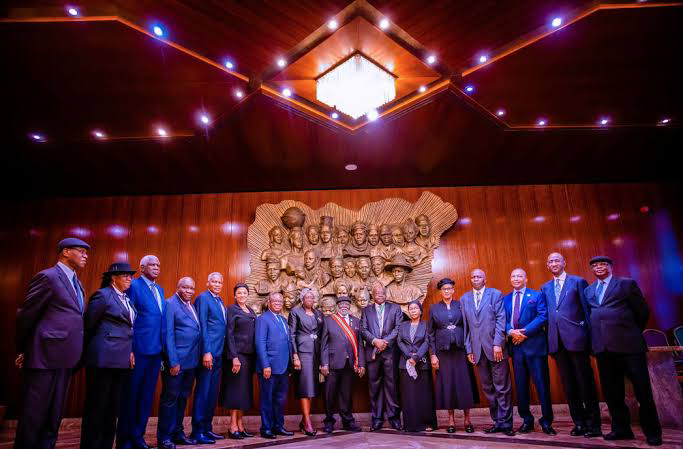 The swearing in ceremony took place before the weekly federal executive council (FEC) meeting at the state house, Abuja.

Rotimi Akeredolu, Ondo state governor, and Seyi Makinde, governor of Oyo, were present at the event.

In July, the president asked the senate to confirm the appointment of Ariwoola as the substantive CJN.

The senate had on September 21 confirmed his appointment during plenary.

Ariwoola has been holding the office since the resignation of Ibrahim Muhammad.

Muhammad resigned after 14 justices of the apex court accused him of abandoning his responsibilities as the leader of the court.

Here are photos from Ariwoola’s swearing in.