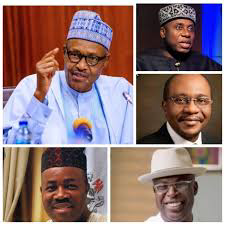 President Muhammadu Buhari has directed that all members of the Federal Executive Council (FEC) running for elective offices to submit their letters of resignation on or before Monday the 16th of May, 2022.

The Minister of information and Culture, Lai Mohamed, disclosed this on Wednesday after the Federal Executive Council meeting.

Mr. Mohammed stressed that this mandate excludes the Vice President, Professor Yemi Osinbajo because he is an elected member of the cabinet.

He affirmed that any amendment or additions to this directive will be disseminated accordingly.

The Minister added that if the need arises according, the directive might involve political appointees.

Rotimi Amaechi, Ogbonnaya Onu, Emeka Nwajiuba, Chris Ngige and Timipre Sylva are by this directive expected to resign their ministerial positions since they have already picked up their expression of interest and nomination forms for the presidential ticket of the All Progressives Congress (APC)