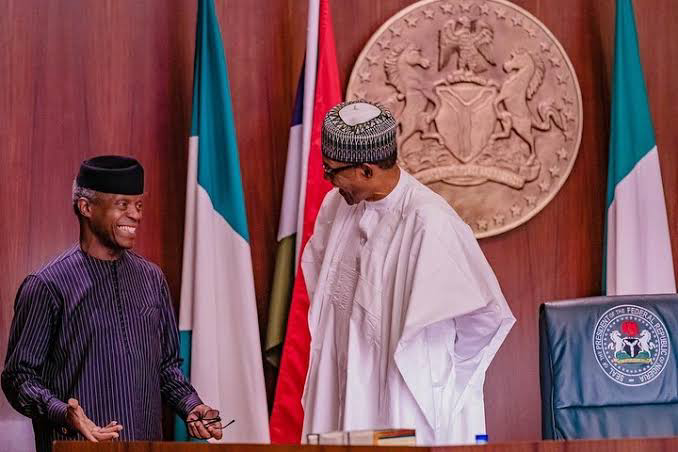 President Muhammadu Buhari has commemorated with Vice-President Yemi Osinbajo on his 65th birthday, describing him as a resourceful and a loyal public servant.

In a statement on Tuesday, by the Special Adviser to the President Media & Publicity, Femi Adesina, on behalf of his principal, noted the worthy contributions of the Vice President to the development of the country and also his selfless sacrifice  in bringing the government closer to the people

President Buhari  affirmed that Osinbajo has placed the people at the centre of governance by regularly advocating policies that support human development.

“As the lawyer and scholar turn 65, the President affirms that his loyalty and dedication to duty have been most exemplary, especially in supervising the economy, which involves regular interface with heads of public and private institutions, and other government structures to ensure synergy and harmony that put the welfare and wellbeing of all Nigerians first,” the President also said

“President Buhari extols Vice President Osinbajo’s courage, humility and resourcefulness, praying that the Almighty God will continue to grant him the strength, wisdom and good health to serve the nation and humanity.”