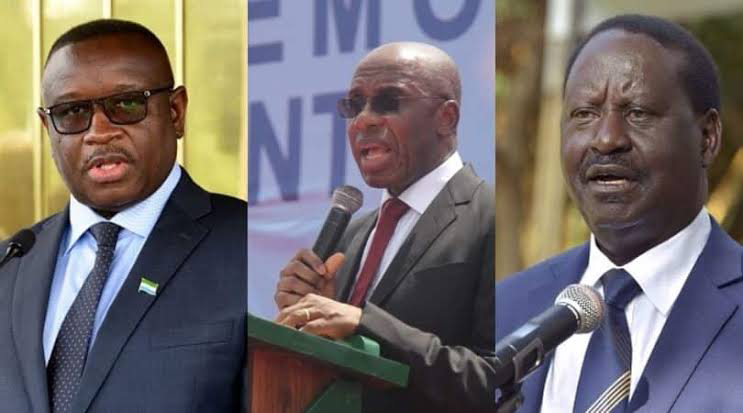 All is now set for the award ceremony for distinguished recipients who have made contributions in advancing blue economy in the African continent.

The award is coming under the auspices of Africa Blue Economy Alliance, an organization made up of professionals, scholars and civil society groups across Africa.

Information made available to correspondents indicates the nominees were confirmed after a rigorous screening exercise conducted by a team of professionals. Preparations are ongoing by the continental body for the public investiture of the nominees of the awards on the 12th of March after the Africa Blue Economy Roundtable (ABEA) which will hold on the 11th both at Kempiski Villa Rosa Hotel in Nairobi.

In a message posted on their website, the Head of the Secretariat of ABEA, Nancy Kairaria expressed optimism that the event will foster an inclusive conversation for harnessing the potential of blue economy in the continent and exploring alternative pathways for poverty reduction and sustainable development.

The President of People’s Republic of Kenya, Uhuru Kenyatta will be the Special Guest of Honor while representatives of the World Bank, UNESCO and African Union have confirmed their participation in the sessions.

The president of sierra Leone was nominated for the Economic Development category for providing political leadership, improved regulation by enforcing the rule of law, and promoting investments in the blue economy. He promotes sustainable fishing through programs aimed at curbing unreported and unreported and unregulated fishing

The current Nigerian Minister of Transport, was nominated for the Maritime Security category. This is in recognition for his role in the introduction and implementation of deep blue security project which has led to a marked reduction of the incidences of piracy at sea and overall improvement of maritime security across the Gulf of Guinea

The former Prime Minister of Kenya was also for the Livelihood Improvement category for promoting programs and efforts to improve livelihood and social inclusion in coastal communities in Kenya through harnessing blue economy opportunities in tourism, transport and aquaculture.

The Chief Blue and Green Economy at the United Nations Economic Commission for Africa (UNECA), from Algeria was nominated in the Climate Change and Economic Development category for his role in the promotion of multi-sectoral collaboration for advancing blue economy and climate change.