President Biden vows Ukraine will ‘never be a victory for Putin’ 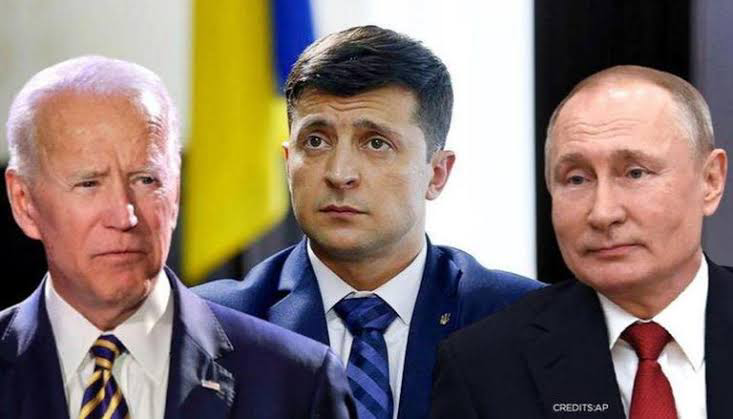 US President Joe Biden said Tuesday that the war in Ukraine would “never be a victory” for President Vladimir Putin as global outrage mounts over the plight of civilians caught up in the Russian invasion.

Biden, speaking from the White House, launched a fierce attack on the Russian leader, saying the conflict was exacting a “horrible price” and had already created two million refugees.

“Russia may continue to grind out its advance at a horrible price but this much is already clear Ukraine will never be a victory for Putin,” warned Biden, as he took aim at Moscow’s economic lifeline by banning imports of Russian oil.

“Putin may be able to take a city, but he’ll never be able to hold the country.”

Despite already unprecedented Western sanctions, Putin has pressed on with his military advance although Moscow agreed to set up “humanitarian corridors” from four Ukrainian cities on the 13th day of the conflict.

Kyiv has branded the corridors a publicity stunt as many of the exit routes lead into Russia or its ally Belarus. Both sides accuse each other of ceasefire violations.

The number of refugees flooding across Ukraine’s borders to escape towns devastated by shelling and air strikes passed two million, in Europe’s fastest-growing refugee crisis since World War II, according to the United Nations.

Addressing the snowballing humanitarian crisis, Biden promised the United States would stand by its allies.

“The United States will share in the responsibility of caring for the refugees so that the costs do not fall entirely on the European countries bordering Ukraine.”

“Putin’s war has caused an enormous suffering and needless loss of life — of women, children, everyone,” Biden said, accusing the Russian leader of targeting civilians indiscriminately — in schools, hospitals and apartment buildings.

“But Putin seems determined to continue on his murderous path no matter the cost.”

US officials say Washington’s overarching goal is to confine the conflict to Ukraine to avoid spillover that could provoke Putin into a direct — and potentially nuclear — confrontation.

With US intelligence officials now believing Russia is digging in for a protracted war, Washington’s priority is to pump military assistance into Ukraine’s resistance to help it fight back.

“We’re going to continue to support the brave Ukrainian people as they fight for their country,” Biden said, promising to “support them against tyranny, oppression, violent acts of subjugation.”

“When the history of this war is written, Putin’s war on Ukraine will have left Russia weaker and the rest of the world stronger,” he vowed.