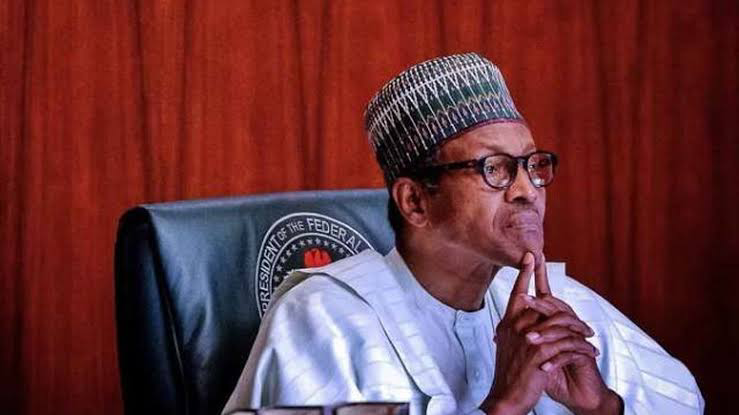 The President, Major General Muhammadu Buhari (retd.) on Monday, described his seven years in office as “tough” saying “I am eager to go.”

This was as he called on the striking Academic Staff Union of Universities to consider the plight of the future generations of the country as the strike stretches into the sixth month.

He also said the halt on academic activities would have generational consequences on families, the educational system and future development of the country.

According to a statement signed by his Senior Special Assistant on Media and Publicity, Garba Shehu, the President said this when he received some governors of the All Progressives Congress, legislators and political leaders at his residence in Daura, Katsina State.

Lamenting the toll his official duties had taken on him in the last seven years, Buhari told the visiting governors and political leaders that he had not been to his house in Daura for close to a year due to the demands of office.

He said, “The observation that I abandoned my base was made by the Emir of Daura, Dr Faruk Umar Faruk, at the eid prayer ground. He held the microphone and told everyone that the last time I was in Daura was during the Eid-el-Kabir of 2021.

The President explained that the schedule of work was much, saying he recently had to sympathise with the Minister of Foreign Affairs, Geoffrey Onyema, who had to be away most of the time from his family.

He claimed that relative to the resources available, and compared to the last administration, the government had done well in many areas, particularly in infrastructure.

“I am eager to go. I can tell you it has been tough. I am grateful to God that people appreciate the personal sacrifices we have been making. I wish the person who is coming after me the very best,” he said.

Talking on ASUU strike that had crippled academic activities in public universities nationwide, the President appealed to lecturers to consider the effect of the strike on the future generations.

According to him, the strike had already taken a toll on the psychology of parents, students and other stakeholders, throwing up many moral issues that were already begging for attention. He said enough is enough.

While claiming that the government understood ASUU’s position, the President remarked, “We hope that ASUU will sympathise with the people on the prolonged strike. Truly, enough is enough for keeping students at home. Don’t hurt the next generation for goodness sake.”

He urged well-meaning Nigerians, particularly those close to the leaders and members of the association, to intervene in persuading the lecturers to reconsider their position, and the ripple effect on an entire generation and the nation.

Buhari said students from Nigerian universities are already handicapped in competing with their counterparts in a highly connected and technology-driven work space, therefore, keeping them at home only deprives them of time, skill and opportunities to be relevant on the global stage.

“Colonial type education was geared towards producing workers in government. Those jobs are no longer there. Our young people should get education to prepare them for self-employment. Now education is for the sake of education.

“Through technology, we are much more efficient. We should encourage our children to get education, not only to look for government jobs,” he added.