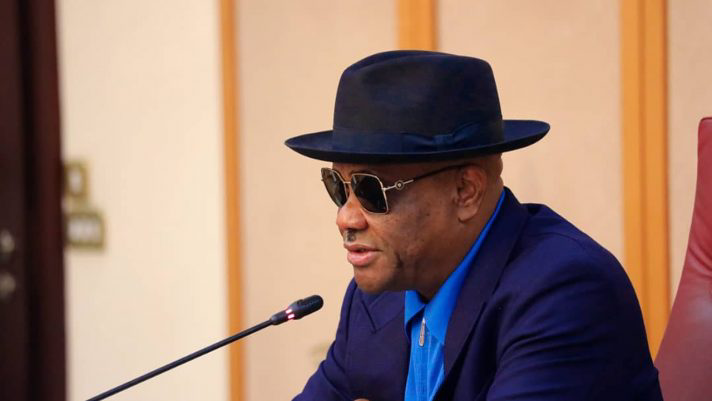 The Indigenous People of Biafra, IPOB, on Wednesday warned Governor Nyesom Wike of Rivers State and a Presidential aspirant to steer clear of the Southeast.

IPOB said Wike denied having any links with the Southeast in the past, hence should keep off the region as he tries to canvas for votes.

Emma Powerful, the spokesman of IPOB, issued the warning while condemning Wike’s recent visit to the Obi of Onitsha, Igwe Alfred Achebe.

Recalling the killings in Obigbo, Rivers State, IPOB vowed to go all out against anybody who hosts Wike in the Southeast.

In a statement, Powerful said the Peoples Democratic Party, PDP, Presidential aspirant should be ashamed of himself for begging Igbos for votes.

Powerful said Wike denied being an Igboman; hence visiting the Southeast may consume him.

He said: “We, the global family of the Indigenous People of Biafra (IPOB) ably led by our great leader Mazi Nnamdi KANU condemn the recent visit by Governor Nyesom Wike of Rivers State to Obi of Onitsha Igwe Alfred Achebe in Anambra State. The visit is part of the reasons the youths are not happy with Igbo leaders.

“IPOB will not take it lightly on any person who intends to host Nyesom Wike in the hinterland after the genocide he committed in #Obigbo, and he declared that he is not an Igboman. Wike is a genocidist and should not be forgiven.

“Gov, Nyesom Wike committed genocide against the people in his state claiming he is not Igbo man and today he became an Igbo man because of political interest and votes he needs from Igbo land, Wike refused to understand that a time like this will come in his Iife. Wike should be ashamed of himself because he could openly beg Igbo people for one vote in the election.”

The separatist group stressed that Wike’s visit to the Southeast is highly provocative.

IPOB added: “Is Wike coming to urinate on the graves of the Igbo youths he slaughtered in Obigbo during the #EndSARS protests? His visits to any Igbo state is highly provocative because some of the Igbo youths taken into several security cells in the Northern states are yet to return. Wike and his advisers should stop daring IPOB and Igbo youths. Wike’s family, friends and associates should advise him to stay off any state in Igbo land because it may consume him, anybody who knows him should let him know that.

“We are equally warning any traditional ruler, PG, Chief, elder, Governor or anybody who will invite Wike in any part of Igbo land to tread with caution because that amounts to challenging Igbo youths and IPOB members.

“Those hosting Wike now, where were they when Wike was ordering the killing of Igbo youths at Obigbo? They all maintained criminal silence then. Are they now rewarding him for killing Igbo youths? Love for money has enslaved elders and traditional rulers who should know better but we won’t tolerate that anymore. Wike cannot be going about celebrating in Igbo states which he denied having any links with after ordering the execution of Igbo youths and suspected IPOB members. This is iniquity against the innocent victims of his wicked actions.

“Wike said he was not Igbo and we have taken him by his words that he is not Igbo and can never become Igbo man because he hates Igbo with passion.

“We respect Igwe Achebe because he is a respected traditional ruler in Igbo land but we want him and others to keep a distance from Wike because Wike hates Igbo if they don’t know and if they don’t retrace their steps let the public never blame us.

“Those Wike arrested and handed over to Fulani controlled federal government in Abuja are still there till today languishing in different security detentions. We managed to release more than a thousand (1000) innocent citizens both men and women most of whom were raped at these security detentions and dungeons.

“Considering all his wickedness to the Igbo youths at Obigbo in Rivers State, we declare that Wike has no moral ground to even contemplate not of the temerity to want to visit any part of Igbo land. He is, therefore, not welcome to any Igbo State. Wike cannot be coming to Igbo land to spit and dance on the graves of those he unjustly slaughtered and we all know that he is a demented fellow