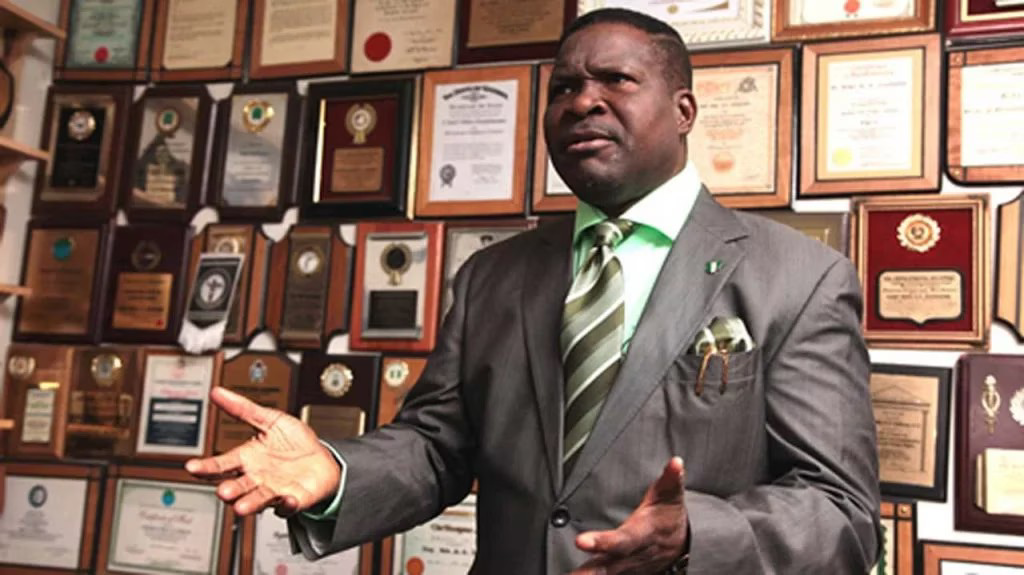 Mike Ozekhome, the Lead Counsel to Nnamdi Kanu, leader of the Indigenous People of Biafra, IPOB, has accused President Muhammadu Buhari and the All Progressives Congress, APC, of monetizing democracy.

Ozekhome said Buhari must explain to Nigerians how he expects Vice President Yemi Osinbajo, Rotimi Amaechi, Chris Ngige, and other Presidential aspirants to raise N100m to obtain their nomination forms.

During its National Executive Committee, NEC, meeting on Wednesday, the ruling party pegged its Presidential nomination forms at N100m, while governorship hopefuls are expected to pay N50 million.

Reacting, the rights lawyer insisted that most of the aspirants would be unable to purchase the forms legitimately going by their income.

In a statement he signed, Ozekhome said Buhari has shown Nigerians an “example of how not to fight corruption.

“Buhari and the APC must tell us where they hope that Vice President Yemi Osibanjo, whose present annual salary is N12.126 million, will obtain N100m from when he would require 99 months to earn the N100m price for the nomination form.

“They must explain to Nigerians where aspirants like Chris Ngige and Rotimi Amaechi who are ministers with an annual salary of N2,026,400 will get N100m for a presidential form when it will take them nearly 50 years to earn N100m.

“Let Buhari and the APC explain to Nigerians how Kayode Fayemi, Yahaya Bello, David Umahi, and Okorocha, whose salary per annum is N2,223,705, will cough out N100 million when it will take each of them 45 years to earn N100 million. Where will non-wealthy members of the APC, like Gbenga Hashim Olawepo get such money from?

“This APC party and president Buhari must tell Nigerians where Senator Orji Uzor Kalu and former Senate President Dr Ken Nnamani would fetch N100m from, when their salary as Senators was and is N750,000 per month. It would take Kalu and Nnamani 135 years to earn