Presidency: APC has failed, shouldn’t be on ballot in 2023 -PDP govs 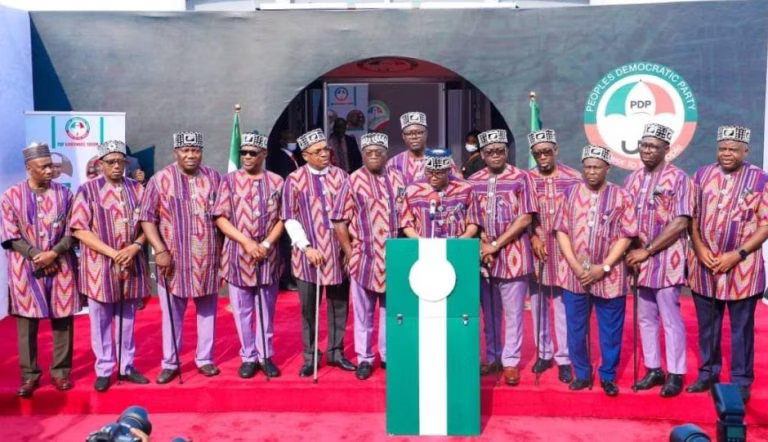 Governors elected under the platform of the Peoples Democratic Party have expressed displeasure over the “suffering and hardship” witnessed by Nigerians in the country.

The governors also described the All Progressives Congress-led Federal Government as “a failure, uncaring and insensitive” in a communique issued after their meeting at the Umuobiakwa, Obingwa Local Government Area, Abia State, on Wednesday.

While asking Nigerians to reject APC in the 2023 general election, the PDP governors claimed that the ruling party shouldn’t be on the ballot for its “failure”.

Part of the communique read, “The forum is surprised that in the face of these statistics of complete failure in all ramifications and areas, the APC still wants to be on the ballot in 2023. This shows how uncaring and insensitive the APC is. It has become a menace to Nigeria.

“The Forum urges Nigerians to reject the APC, a party run undemocratically by a Committee contrary to the Constitution (S.228) with Mr. President regularly issuing instructions and dictates. It is impossible for a party so disorganized to offer good governance to the people of Nigeria

The meeting reviewed the excruciating hardship and suffering being meted out to Nigerians by a failed APC led Federal Government; the near-collapse of the APC as a viable political party, the readiness of the PDP to take over and offer qualitative leadership options to rescue the nation.

“We lament the terrible pain and hardship facing Nigerians in virtually all aspects of life. The meeting noted that life was much better in 2015 under the PDP than today under the APC as exemplified in the Comparative Indicators obtained mainly from the National Bureau of Statistics.”